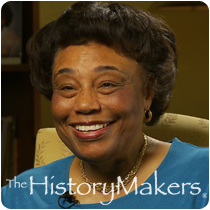 See how Sondra Akins is related to other HistoryMakers
Donate Now

Education professor and chemist Sondra Akins was born on March 16, 1944 in Winston-Salem, North Carolina. She became interested in chemistry by the time she graduated from Atkins High School in 1962. Akins earned her B.S. degree in chemistry in 1967 from the University of California, Berkeley where she also worked as a laboratory technician. She received her M.S. degree in chemistry with a minor in higher education from Florida State University in 1970.

After earning her master's degree, Akins taught physical science at Greco Junior High School in Tampa, Florida. Between 1971 and 1974, she served as instructor of chemistry at St. Petersburg Junior College which is currently known as St. Petersburg College. She left St. Petersburg in 1974 to teach at Hillsborough Community College where she rose to the rank of associate professor. In 1978, she taught at Northern Virginia Community College, and in 1980, Akins worked as an honors physics teacher in Lexington Massachusetts Public Schools. She also spent two years as an industrial hygienist at Hewlett Packard, Co. from 1981 to 1983. Akins began her long career with the Englewood Public School District in Englewood, New Jersey in 1983 where she started as a science and mathematics teacher. In 1988, she became the director of mathematics, science, and technology. In 1993, she received her Ed.D. degree in science education from Columbia University. She returned to teaching at Englewood Public Schools between 1995 and 1997 and served as a high school principal for one year in 1997. From 1998 to 2001, Akins was a staff developer for Englewood Public Schools where she served as a mentor, giving advice to teachers. Since 2001, Akins has worked as a professor in the Department of Secondary and Middle School Education at William Paterson University. She has written numerous essays on science education including a chapter in the National Science Teachers Association book, Exemplary Science: Best Practices in Professional Development.

Over her long career in science education, Akins has been recognized many times by her community including the Award for Dedication to Science Teaching from Sigma Xi of Ramapo College. She has been a member of the American Chemical Society, the National Science Teachers Association and the Association of Science Teacher Educators. Sondra Akins lives with her husband Daniel Akins, a chemist, in Teaneck, New Jersey.

Sondra Akins was interviewed by The HistoryMakers on May 15, 2012.

See how Sondra Akins is related to other HistoryMakers
Donate Now
Click Here To Explore The Archive Today!