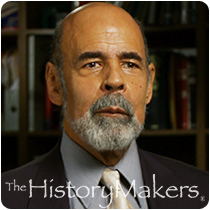 See how Solomon Herbert is related to other HistoryMakers
Donate Now

Publisher, journalist and photographer Solomon J. Herbert was born on June 24, 1939, in New York to parents William and Margaret Herbert. He attended the City College of New York.

In the 1960s, Herbert served as second national vice president of the Congress of Racial Equality (CORE) under Jim Farmer for several years, and then under Floyd McKissick. He also became a member of the Bronx CORE, where, along with several other CORE members from the Bronx, he participated in what was to become the first direct action/civil disobedience effort outside of the south when CORE members sat in at the White Castle restaurant chain to break their discriminatory hiring policies. Herbert later became president of the Bronx CORE.

After his involvement with CORE, Herbert went on to establish and run several programs for disadvantaged youth. From 1981 to 1994, he was self-employed as a full-time freelance print and photo journalist. During that period, over 800 of Herbert’s articles appeared in numerous regional, national and international publications. Then, in 1994, he co-founded, with his wife Gloria, the award-winning Black Meetings & Tourism magazine, where he serves as publisher and editor-in-chief.

Solomon Herbert was interviewed by The HistoryMakers on December 19, 2013.

See how Solomon Herbert is related to other HistoryMakers
Donate Now
Click Here To Explore The Archive Today!