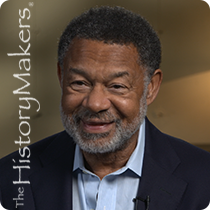 Finley obtained his first position as a floor manager at WHDH-TV in Boston in 1971, then as an assistant director and producer at Boston’s WSBK-TV. In 1972, he was recruited to the sales department at Boston’s WRKO-AM radio station, where he helped develop the RAB radio sales training course. In 1973, he joined Humphrey Browning MacDougall advertising agency’s media department as an account manager, where he marketed products for clients like Lionel Trains, Dutch Boy Paint and the Salada Tea Company. In 1974, he joined Sheridan Broadcasting Corporation’s Radio Division as a sales manager at WAMO AM-FM radio station in Pittsburgh, and was later promoted to the division’s vice president in 1977. In 1978, he worked as Eastern Sales Manager for Sheridan Broadcasting Networks, and was later promoted to president of the network in 1981. In 1982, he founded Albimar Communications, through which he owned and managed the popular black radio station, WKYS-FM/Washington, D.C. In 1988, he joined Carter Broadcast Group, Inc., the nation’s oldest black-owned radio station company, as the executive vice president of the board of directors. In 1995, he was recruited as CEO of American Urban Radio Networks, where he conceived of The Light , a 24-hour syndicated black gospel radio station format. Finley remained at American Urban Radio Networks until his retirement to Martha’s Vineyard in 1998.

From 2001 until 2011, Finley served as the vice chairman of the board of directors at Inner City Broadcasting Corporation. In 2012, he joined the Vineyard Gazette Media Group as director of sales and marketing, and also wrote the Vineyard Gazette’s weekly Oak Bluffs Town Column until 2017. In 2015, Finley founded M&M Community Development, Inc., a nonprofit to educate local high school students on professional radio station management and operation.

Finley was the recipient of Radio Ink Magazine’s Radio Wayne Award for Best Overall Broadcaster in 1994, American Urban Radio Network’s Urban Knight Hall of Fame Award and the Ward L. Quall Leadership Award from the Broadcaster’s Foundation of America in 2012.

Skip Finley was interviewed by The HistoryMakers on August 23, 2017.