Information about Singleton B. McAllister 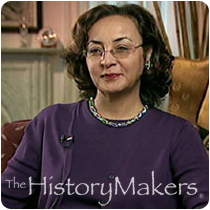 See how Singleton B. McAllister is related to other HistoryMakers
Donate Now

Attorney Singleton McAllister was born in Baltimore, Maryland, on March 25, 1952. Her mother, Ann Elizabeth Hughes, was a teacher, and her father, James Winford Alphonso McAllister, an attorney. McAllister attended the University of Maryland, College Park, where she earned her B.A. in government and politics in 1975. In 1980 she attended Howard University as a graduate student in political science with focuses in international relations and public administration. McAllister then attended the Howard University School of Law, earning her J.D. degree in 1984.

In 1975, McAllister began her professional career as a legislative assistant to U.S. Representative Parren J. Mitchell of Maryland. She left Mitchell’s offices in 1978 to become assistant director of the lobbying group, TransAfrica. The following year, she returned to Congress as the legislative director to Representative William H. Gray of Pennsylvania. After earning her J.D., McAllister worked as a teaching assistant at Howard University, and in 1984, she became a law clerk to U.S. Federal District Court Judge Jack Tanner. In 1986, McAllister was hired as senior counsel to the United States House of Representatives Committee on the Budget, where she worked with a variety of Congressional committees. She then went to work “of counsel” to a number of law firms.

In 1996, McAllister was named general counsel to the United States Agency for International Development, and in 2001, she became a partner in the firm of Patton Boggs LLP. In 2003, McAllister left to become a partner with Sonnenschein Nath & Rosenthal LLP, where she focused on public law, policy strategies and corporate diversity counseling. From July 2005 to October 2007 McAllister worked as partner in the law firm of Mintz, Levin, Cohn, Ferris, Glovsky and Popeo P.C. She then partner in the Washington D.C. office of the law firm LeClair & Ryan LLP since October 2007.

McAllister has received numerous awards, including the 2,000 Notable American Women Award, the Most Distinguished Member Award from Women in Government Relations and, in 2000, she was named a fellow of the National Academy of Public Administration. She has also served on the board of directors of the International Human Rights Law Group, Howard University Hospital and is currently the Director of Alliant Energy and United Rentals, Inc.

McAllister was interviewed by The HistoryMakers on November 22, 2003.

See how Singleton B. McAllister is related to other HistoryMakers
Donate Now
Click Here To Explore The Archive Today!