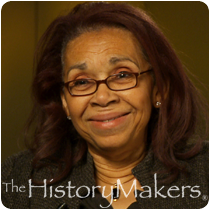 See how Shirley Malcom is related to other HistoryMakers
Donate Now

Education administrator and science education advocate Shirley Malcom was born on September 6, 1946 in Birmingham, Alabama to ¬Lillie Mae and Ben Mahaley. From an early age, she wanted to be a doctor because of her love of biology. At George Washington Carver High School, Malcom was a top student and graduated in 1963. She then attended the University of Washington and received her B.S. degree in zoology in 1967. Malcom went on to attend the University of California at Los Angeles where she graduated with her M.A. degree in zoology in 1968. She taught high school biology in Los Angeles before attending Pennsylvania State University where she obtained her Ph.D. degree in ecology in 1974.

After completing her education, Malcom joined the faculty of the University of North Carolina at Wilmington as an assistant professor. In 1975, she moved to Washington, D.C. where she began working as a research assistant in the Office of Opportunities in Science (OOS) of the American Association for the Advancement of Science (AAAS). She co-published “The Double Bind: The Price of Being a Minority Woman in Science” in 1976. Then, Malcom served as a program officer for the National Science Foundation’s (NSF) Science Education Directorate. She became head of the AAAS Office of Opportunities in Science in 1979 and head of the AAAS Directorate for Education and Human Resources Programs in 1989. In 1993, Malcom was appointed to the National Science Board by President Bill Clinton and in 1995, she became a fellow of the American Academy of Arts and Sciences. She was also named to the President’s Committee of Advisors on Science and Technology from 1994 until 2001. Malcom has authored several reports on engaging women and minorities in science and is considered a pioneer in the field.

Malcom has served as co-chair of the Gender Advisory Board of the United Nations Commission on Science and Technology for Development and has chaired many national committees on scientific education and literacy. In 2006, she was named co-chair of the National Science Board Commission on 21st Century Education in STEM. Malcom serves as a trustee of California Institute of Technology and a regent of Morgan State University. She has sixteen honorary degrees, received the University of Washington’s Alumna Summa Laude Dignata Award in 1998, the university’s highest honor and in 2003, was given the Public Welfare Medal of the National Academy of Sciences (NAS). Shirley Malcom is married to Horace Malcom and they have two adult daughters.

Shirley Malcom was interviewed by The HistoryMakers on March 9, 2012.

See how Shirley Malcom is related to other HistoryMakers
Donate Now
Click Here To Explore The Archive Today!