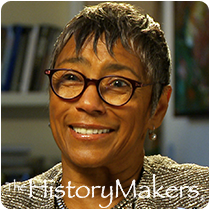 See how Shirley Kinsey is related to other HistoryMakers

Art collector and educator Shirley Pooler Kinsey was born on February 7, 1946 in Lake City, Florida to Erma and Eddie Pooler. She grew up in St. Augustine, Florida, and was raised by her paternal grandmother, Susie Plummer Pooler. Kinsey attended the Richard J. Murray High School, where she was valedictorian of her graduating class. She then went on to attend Florida A&M University, where she married her husband, Bernard Kinsey, and graduated in 1967 with her B.A. degree in English.

Upon graduation, Kinsey moved to California, where she was hired as an elementary school teacher for the Compton Unified School District. Then, from 1973 until 1982, Kinsey worked as a trainer and training manager for Xerox Corporation. She also went on to receive her M.A. degree in multi-cultural education from Pepperdine University in 1976. From 1985 to 1995, Kinsey served as a project manager for KBK Enterprises, Inc., a real estate development firm.

In 2008, Kinsey co-founded the Bernard and Shirley Kinsey Foundation for the Arts and Education to promote education and understanding of African American history and culture through the exhibition of their personal treasures. Additionally, she has helped raise over twenty-two million dollars for charitable and educational institutions, including Florida A&M University. Kinsey has also received numerous awards, including the Spelman Alumni Humanitarian Award, the Distinguished Alumni Award from Florida A&M University, and a Living Legend Award from ESPN.

Kinsey resides with her husband and son in Pacific Palisades, California.

Shirley P. Kinsey was interviewed by The HistoryMakers on December 18, 2013.

See how Shirley Kinsey is related to other HistoryMakers
Click Here To Explore The Archive Today!