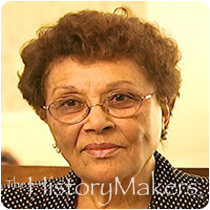 See how Shirley H. Jones is related to other HistoryMakers

Shirley Jones was born November 1, 1928, in New Orleans, and her parents divorced within a year of her birth. Jones spent the majority of her early childhood with her grandmother, as her mother taught in rural areas and was home only for the weekends. In addition to teaching, Jones's mother successfully organized rural communities, composed primarily of sharecroppers, to improve schoolhouse conditions.

Because her mother wanted a better school environment for Jones, they moved to the Watts area in Los Angeles when she was fourteen. In 1953, she graduated from Los Angeles State College with a B.A. in education, and went on to graduate study in speech therapy at the University of Southern California.

When the Head Start program began in 1965, Jones was appointed to set up the first ten Head Start centers in Los Angeles. By 1968, increasingly aware of the special needs of their community, Jones and her husband, James L. Jones, a psychiatrist, founded the Kedren Community Mental Health Center in the Watts-Compton area of Los Angeles. This center was named after one of their daughters. Today, Kedren Community Center has grown exponentially. It provides a full range of psychological services, including group and individual therapy for children and adults and programs in community psychology.

Jones has a Doctorate in Psychology, is a licensed marriage and family therapist, and also has a Certification in Psycho-Drama.

See how Shirley H. Jones is related to other HistoryMakers
Click Here To Explore The Archive Today! 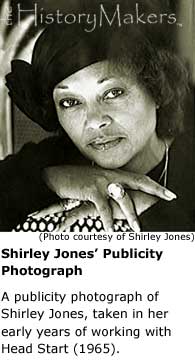 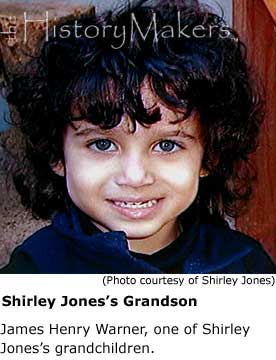