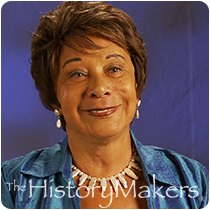 Civic leader Shirley Anne Massey was born on August 14, 1942 in Chicago, Illinois. She was the younger of two children born to parents, Anne Johnson, a laundress, and William Streeter, a janitor. Massey attended St. Anslem Grammar School and Holy Cross Grammar School before graduating from Chicago Loretto Academy, which was an all-girls Roman Catholic high school, in 1960. She then enrolled in Chicago Teachers College where see studied education.

In 1962, Massey was hired to work as an accountant at the Playboy club. Then, from 1964 to 1969, she served as a reservationist for Trans World Airlines (TWA). Since then, Massey has committed much of her life to causes for youth and culture. From 1995, Shirley Massey served as First Lady of Morehouse College in Atlanta, Georgia. Committed to the college, Massey worked alongside her husband, Walter Massey, who served as the ninth president of Morehouse from 1995 to 2007 and also as the president of the School of the Art Institute of Chicago from 2010.

Massey and her husband have two sons, Keith and Eric, and three grandchildren. They remain active in cultural and civic organizations in Chicago and beyond.

Shirley Anne Massey was interviewed by The HistoryMakers on August 24, 2013.

See how Shirley Anne Massey is related to other HistoryMakers
Donate Now
Click Here To Explore The Archive Today!