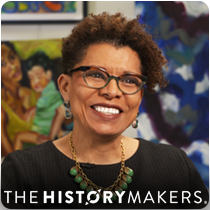 "Power Concedes Nothing Without A Demand, Never Did Never Will"

Professor Sheryll Cashin was born on December 15, 1961 in Huntsville, Alabama to Joan and John L. Cashin, Jr. She received her B.S. degree in electrical engineering from Vanderbilt University in Nashville, Tennessee in 1984, her M.S.c degree in English Law from Oxford University in England in 1986, and her J.D. degree from Harvard Law School in Cambridge, Massachusetts in 1989.

In 1989, Cashin served as a law clerk for Judge Abner Mikva for the U.S. Court of Appeal, D.C. Circuit. The following year, she served as a law clerk for U.S. Supreme Court Justice Thurgood Marshall. In 1993, Cashin served as director of community development for The White House during the Clinton administration. As director of community development for the National Economic Council, she oversaw urban policy and community development initiatives and advised on community development in inner-city neighborhoods. She also worked as an advisor on urban and economic policy with a focus on community empowerment programs. As staff director for the Community Empowerment Board in the Office of Vice President Al Gore, Cashin worked on community-based revitalization strategies for urban and rural communities. In 1996, Cashin left public service and joined the faculty at Georgetown University Law Center, where she has taught Constitutional Law, Race and American Law, and other subjects. In 2018 she was installed as the Carmack Waterhouse Professor of Law, Civil Rights and Social Justice.

In 2004, Cashin published The Failures of Integration: How Race and Class Are Undermining The American Dream. Then, in 2006, she published The Agitator’s Daughter: A Memoir of Four Generations of One Extraordinary African American Family, which chronicles her family history from slavery to the post-civil rights era. In 2014, she published Place Not Race: A New Version of Opportunity in America; and, in 2017, Cashin published Loving: Interracial Intimacy in America and the Threat to White Supremacy. The following year, her book The Descendants, which focused on the role of segregation in subordinating African Americans, was released. She has also written commentaries for the New York Times, Los Angeles Times, Washington Post, Salon, The Root, and other media.

In 2004, her book, The Failures of Integration was an Editors’ Choice in the New York Times Book Review. Cashin is also a three-time nominee for the Hurston/Wright Legacy Award for non-fiction in 2005, 2009, and 2018. In 2014, her book Place Not Race was nominated for an NAACP Image Award for Outstanding Non-Fiction.

Sheryll Cashin was interviewed by The HistoryMakers on January 21, 2019.