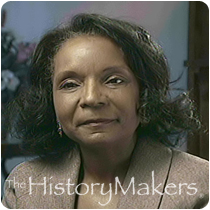 See how Sheryl Riley Gripper is related to other HistoryMakers

Sheryl Riley Gripper is the founder of the Black Women Film Preservation Project and is Vice President of Community Relations at WXIA-TV, Channel 11, an NBC affiliate in Atlanta, Georgia. Originally from Waco, Texas, Gripper was born on December 16, 1951, the first of two children born to Samuel L. and Dolores Posey Harris, Jr., Spelman and Morehouse College graduates. Gripper attended J.H. Hines Elementary School in Waco where her maternal grandmother was one of her teachers and later became her principal. Gripper graduated from A.J. Moore High School two years ahead of her class and entered her mother’s alma mater, Spelman College, where she obtained her B.A. degree in english. She took enough courses for a minor in journalism.

A successful internship at a major Houston, Texas newspaper, while still a student at Spelman College, played a major part in Gripper’s decision to choose journalism over a career in music. As a contralto singer, she aspired to grace the stage of the Metropolitan Opera. This internship set the stage for her to become the Manager of Promotions at WETV, Channel 30 and WABE-FM, a position that she held from 1975 to 1981. In 1977, she earned her M.A. degree in education from Georgia State University, and in 2000, she was awarded her M.A. degree in film. Gripper founded the Black Women Film Preservation Project in 1997. This organization hosts an annual awards/scholarship luncheon, which highlights the career of women who have made significant contributions to the industry and the annual “Black Women in Film Festival” in Atlanta.

Gripper is the recipient of four Emmy Awards, one for the 11 Alive Community Service Awards, an awards show that has honored volunteers for thirty-one years. She also created The Bronze Jubilee Awards, a program that honored Black culture while at WETV and WABE. As Vice President of Community Relations at WXIA-TV, she serves as the executive producer for the 11 Alive Community Service Awards. Gripper has been with Channel 11 since 1981.

Gripper is married to Jeffery Gripper, Atlanta’s first world karate champion, and is the mother of three sons, Edward Riley, Jr., Jeffery Gripper, Jr., and Ellis Gripper. She is also a member of Delta Sigma Theta Sorority, Inc. and is the corporate campaign cabinet of the United Negro College Fund.

See how Sheryl Riley Gripper is related to other HistoryMakers
Click Here To Explore The Archive Today!