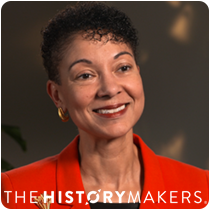 Chief executive officer Shellye Archambeau was born on July 6, 1962 in Washington, D.C. to Mera Archambeau and Lester Archambeau II. In 1980, she graduated from Montville High School in Montville, New Jersey, and received her B.S. degree in marketing and decision science in 1984 from the Wharton School of Business at the University of Pennsylvania in Philadelphia, Pennsylvania.

Archambeau started her career with the IBM Corporation, where she served in several roles including general manager of direct marketing in the Asia Pacific Division. In 1999, Archambeau was promoted to vice president of public sector industries in the Asia Pacific Division, making her the first African American woman to take on an international executive role at IBM. In 1999, she joined Blockbuster Inc. as senior vice president of their nascent e-commerce division, Blockbuster.com. In 2000, she was named executive vice president and chief marketing officer of NorthPoint Communications. In 2001, she served as chief marketing officer and executive vice president for LoudCloud, Inc. In 2002, Archambeau became the chief executive officer of Zaplet, Inc., overseeing the company’s merger with MetricStream in 2004. In 2018, Archambeau stepped down as CEO.

Archambeau received many awards for her business leadership, including the JEM Luminary Award from the C200 organization, the NCWIT Symons Innovator Award from the National Center for Women & Information Technology, the Game Changer Award from the Digital Diversity Network and the Spirit of Excellence Award from the Silicon Valley Black Charter of Women. She serves on the board of directors for Arbitron, Inc., Verizon Communications, Inc., Nordstrom Inc., the Silicon Valley Leadership Group and the IT Senior Management Forum. Also a member of the Forum of Women Entrepreneurs and the Women's Council to the Board of Trustees for the University of Pennsylvania, she served on the Council on Foreign Relations, and has been inducted into the National Hall of Fame of the Negro Business and Professional Women's Club. In 2016, Archambeau co-authored the business book Marketing That Works: How Entrepreneurial Marketing Can Add Sustainable Value to Any Sized Company .

Shellye Archambeau was interviewed by The HistoryMakers on November 29, 2017.