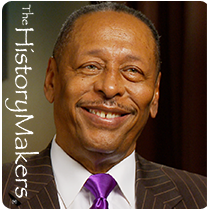 See how Shelley Fisher is related to other HistoryMakers
Donate Now

Singer and pianist Shelley Fisher was born on April 6, 1942 in Clarksdale, Mississippi. In 1953, he moved to Chicago and grew up on the city’s West Side. Fisher studied music theory, composition and vocal technique in the Chicago Junior College System, and at Roosevelt University’s Chicago Conservatory of Music. He received his A.A. degree in music education and social science from Crane Junior College in 1963.

Upon graduation, Fisher became the featured vocalist with the Morris Ellis Orchestra in Chicago. In 1966 he had a principal role in Oscar Brown, Jr.'s musical production “Summer in the City.” Fisher went on to open for Stevie Wonder at the original Regal Theater in Chicago. He then moved to Los Angeles in 1970, where he played the piano and sang for the “jet set.” In 1972, Fisher co-starred in the comedy motion picture Calliope. He also played the role of the piano player in The Three Wishes of Billy Grier, starring Ralph Macchio, and in Letter to Three Wives, with Loni Anderson. Fisher wrote and performed the original music for the motion picture Drifting Clouds.

In 1977, Fisher returned to Chicago, where he taught in two Chicago public schools. In 1985, Fisher launched Vantown Productions, Inc., a publishing and production company. He has composed and published many musical titles, including Yesterday’s Dreams (Lou Rawls on Capital Records), Plainsville, USA (Jimmy Randolph on Motown Records), King Size Bed (The Valentine Brothers on Sony Records), and Girl, I Love You, which launched the career of Chicago R&B legend, Garland Green.

From 1978 through 1999, Fisher worked abroad, namely in Osaka, Japan, Vancouver, British Columbia, Canada, and Oslo, Norway. In 1997, he wrote, arranged and produced CELEBRATION, A Tribute to Nat “King” Cole, a Las Vegas style program produced at NRK TV (Norwegian TV). Fisher toured in Europe and broke two attendance records with performances in Den Hague, Holland and at Puntaldia, the jazz music festival on the island of Sardinia, Italy.

In 2000, Fisher moved to Las Vegas, where he performed at New York, New York, the MGM Grand, the Venetian, and the MGM/Mirage hotels. He has shared billing or recorded with other well-known artists like Earth, Wind & Fire, The Dells, Eartha Kitt and B.B. King. Fisher has also recorded two full-length CDs: 2003’s Driving Home, and 2004’s Stories.

Shelley Fisher was interviewed by The HistoryMakers on November 23, 2013.

See how Shelley Fisher is related to other HistoryMakers
Donate Now
Click Here To Explore The Archive Today!