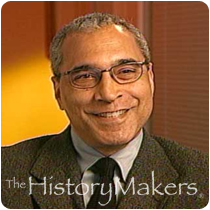 See how Shelby Steele is related to other HistoryMakers
Donate Now

Political commentator and essayist Shelby Steele was born on January 1, 1946, in Chicago, Illinois. His father, Shelby, Sr., a black truck driver, met his mother, Ruth, a white social worker, while working for the Congress of Racial Equality (CORE). Steele considers his mixed heritage an amazing gift, which served to demystify race for him. Because both of Steele's parents were active in the Civil Rights Movement, he grudgingly accompanied his father to numerous marches and rallies as a child.

Steele met his wife, Rita, during his junior year at Coe College in Cedar Rapids, Iowa, where he was one of eighteen black students in his class. Steele was active in SCOPE, a group linked to the Southern Christian Leadership Conference (SCLC) and he met Rita at an activist meeting. In 1968, Steele graduated from Coe and went on to earn his M.A. degree in sociology from Southern Illinois University. Steele attended the University of Utah, where he taught African American literature and studied for his Ph.D. After earning a Ph.D. in English in 1974, Steele was offered a tenured position at the university, but turned it down due to hostility encountered as an interracial couple in Utah.

Steele accepted a position at San Jose State University as a professor of English literature, teaching there from 1974 to 1991. He earned an Emmy Award in 1990 for his work on Seven Days in Bensonhurst, a PBS Frontline documentary examining the racially motivated killing of Yusef Hawkins in Brooklyn, New York.

Steele won the National Book Critics Circle Award in 1991 for The Content of Our Character, a collection of essays on race. In 1994, Steele was appointed a Senior Research Fellow at the Hoover Institution. His research there focuses primarily on race relations, multiculturalism and affirmative action.

See how Shelby Steele is related to other HistoryMakers
Donate Now
Click Here To Explore The Archive Today!