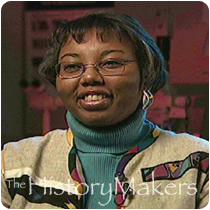 See how Sheila Grimes is related to other HistoryMakers

Veterinary pathologist and section head for the Animal Disease Diagnostic Laboratory at the Ohio Department of Agriculture Sheila Denise Grimes was born to Julia and George Grimes on February 24, 1958, in Tuskegee, Alabama. Grimes’s father served in the U.S. Army, causing her family to move frequently, living on numerous military bases which included those in Germany and Kentucky, where she completed high school (Fort Campbell High School in 1976). Grimes finished her undergraduate training in veterinary medicine at Tuskegee University in 1982, earning B.S. and D.V.M. (Doctor of Veterinary Medicine) degrees in 1980. She went on to earn her M.S. degree in 1984 and her Ph.D. in 1988 from Michigan State University (both degrees in veterinary medicine). Grimes also taught at Michigan State University for seven years, before joining the Ohio Department of Agriculture Division of Animal Industry.

Grimes spearheaded the Ohio Department of Agriculture’s deer-testing program; this program was designed to detect disease in the state’s white-tailed deer herd, and to guard against threats to human health associated with disease among cattle and poultry.

Grimes, a published scholar and researcher, also served as a youth mentor. An avid reader, she is especially fond of the works of Zora Neale Hurston and J. California Cooper.

See how Sheila Grimes is related to other HistoryMakers
Click Here To Explore The Archive Today!