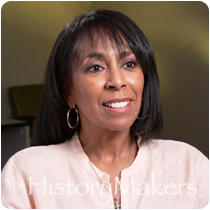 Actress and producer Sheila Elaine Frazier was born on November 13, 1948, in the Bronx, New York, to Dorothy Dennis and Eugene Cole Frazier. Frazier lived on the Lower East Side of New York City until the age of ten, when she moved with her mother to Englewood, New Jersey. In Englewood, Frazier’s neighbors included stars and future stars like Clyde McPhatter, Van McCoy, The Isley Brothers and Dolly and Jackie McClean. Frazier attended P.S. 97 in New York City and Liberty School in New Jersey. At Englewood’s Dwight Morrow High School, her classmates were Margaret Travolta and Hazel Smith. Inspired by Susan Hayward’s performance in the film, I’ll Cry Tomorrow, Frazier longed to be an actress but was hampered by a speech impediment. Graduating in 1966, Frazier moved to New York City where she served in various clerical positions with Allied Stores, Boutique magazine and the United Negro College Fund.

Recruited by the noted Negro Ensemble Company photographer Bert Andrews, Frazier became acquainted with the New York arts community. Frazier studied acting at HB (Herbert Berkoff) Studios in New York, under the direction of Bill Hickey and Uta Hagen. Eventually actor Richard Roundtree encouraged Frazier to take acting lessons from Gilbert Moses at the Negro Ensemble Company which led to additional training with Dick Anthony Williams at the New Federal Theatre. Frazier, then working for a real estate company, had done some industrial films and commercials before Roundtree helped her get an audition with Gordon Parks, who was casting for a new film, Super Fly. In the film Frazier plays Georgia, the sultry girlfriend of the hustler Priest, who was portrayed by Ron O’Neal. The tremendous box office success of Super Fly along with her instant street recognition surprised Frazier; from that point on she was admired as an iconic beauty in the black community. She appeared in Super Fly T.N.T., the sequel to Super Fly and other Blaxploitation films of the 1970s including Three The Hard Way with Jim Brown and The Super Cops. Frazier appeared in the 1978 film, California Suite, with Bill Cosby and Richard Pryor and The Hitter with Ron O’Neal and Adolph Caesar in 1979. Frazier was cast with Louis Gossett, Jr. in the television series, The Lazarus Syndrome, in 1979; other television appearances include Lou Grant, Dallas, The Loveboat, Cagney and Lacey, Gimme A Break and 227. Frazier appeared on The West Wing in 1999 and The District in 2001; she has also appeared as herself in television biographies of Jim Brown and Ron O’Neal. Frazier’s 2008 documentary film on African American intergenerational wisdom transmission is entitled You Don’t Get Old by Being A Fool.

By 1980, Frazier was hosting a community affairs show on KNXT-TV in Los Angeles. In 1982, she was hired as a story editor by Richard Pryor’s Indigo Productions. In 1985, Frazier was coordinating producer for Essence magazine’s television series and produced Black Entertainment Television’s (BET) Live from L.A. with Tonya Hart. Frazier worked with the talent on BET’s Screen Scene from 1992 to 1999 and headed up the Talent Department for BET for thirteen years. As the founding director of Frazier Multimedia Group in 2003, Frazier provides talent grooming and field production.

Frazier lives in Los Angeles and has one son, music producer, Derek McKeith.