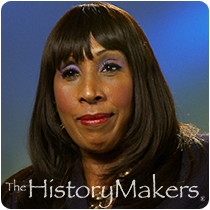 "Stop selling what you have, sell what your client wants."

Broadcast journalist and entrepreneur Sheila Dean Brooks, Ph.D. was born on June 24, 1956 in Kansas City, Missouri to Gussie Mae Dean Smith and Stanley Benjamin Smith. She received her B.A. degree in communications from the University of Washington in Seattle in 1978. Brooks paid for her final two years of college while serving in the Advanced Placement Program of the United States Navy Reserves from 1976 to 1978. She went on to receive both her M.A. degree in political science in 2003, and her Ph.D. degree in communication, culture and media studies in 2015, from Howard University.

In 1978, Brooks joined KCTS-TV in Seattle, Washington as a reporter and producer, where she worked until 1981. From 1981 to 1983, she worked for KREM-TV in Spokane, Washington, as a reporter and anchor. Brooks was then hired as a news director and anchor for KAMU-TV/FM in College Station, Texas, working until 1985, when she accepted a management trainee position at the Dallas Morning News in Dallas, Texas. She moved to Washington, D.C. in 1988, and worked as a senior producer at Vanita Productions in Baltimore, Maryland. From 1989 to 1990, Brooks served as executive producer for special projects and the documentary unit at WTTG-TV Channel 5 in Washington, D.C. She founded SRB Communications in 1990, a full-service advertising and marketing agency specializing in multicultural markets, serving as founder, president and CEO.

Brooks has served as a board trustee on the Federal City Council in Washington, D.C., on the boards of ColorComm and Morgan State University’s Global School of Journalism and Communication. She also served as chair of The Presidents’ RoundTable, a board member of the Greater Baltimore Committee and on the boards the Capital Region Minority Supplier Development Council and the Center for Women’s Business Research.

Dr. Sheila Brooks was interviewed by The HistoryMakers on January 30, 2014.