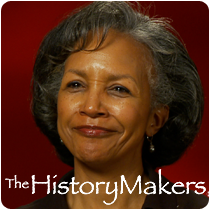 See how Sharon Haynie is related to other HistoryMakers
Donate Now

Biochemist Sharon Haynie was born on November 6, 1955 in Baltimore, Maryland. She graduated from Baltimore City Public Schools in 1973 and enrolled at the University of Pennsylvania. During her undergraduate years, she became fascinated with biochemistry and advanced inorganic chemistry. In her freshman year she was a work/study research assistant to a graduate student in organic chemistry. After receiving her B.A. degree in biochemistry from the University of Pennsylvania in 1976, Haynie enrolled at the Massachusetts Institute of Technology (MIT) and graduated from there in 1981 with her Ph.D. degree in chemistry.

Haynie was appointed as a member of the technical staff at Bell Laboratories from 1981 to 1984. She then moved to the DuPont Company Experimental Station Laboratory. In her first assignment in the Central Research Department Haynie worked in the Medical Biomaterials Group. She conducted research in developing the synthetic materials used in vein replacements and she isolated peptides with inherent antimicrobial properties. She also worked with the award-winning bio-3G team. Haynie authored and co-authored numerous patents, many of which detail processes of using environmentally friendly, bio-inspired pathways in a laboratory setting to create certain organic materials. Haynie served as an adjunct professor of chemistry at Delaware State University and the University of Delaware. She has been a mentor to students through several outreach projects, such as Project SEED (Summer Educational Experience for the Disadvantaged), a project sponsored by the American Chemical Society (ACS).

Haynie has been recognized for her scientific research and serving as a mentor to African Americans pursuing STEM careers. In 2003, not only did Haynie work on the research team that received the 2003 Environmental Protection Agency (EPA) Presidential Green Chemistry Award for New Innovation; but, she was also elected to serve as chair of the Philadelphia Section of the ACS. She is a member of the Chemical Heritage Foundation Board of Directors. The National Organization for the Professional Advancement of Black Chemists and Chemical Engineers bestowed upon her their Henry A. Hill Award in 2006 and their Percy L. Julian Award in 2008.

Sharon Haynie was interviewed by The HistoryMakers on March 24, 2013.

See how Sharon Haynie is related to other HistoryMakers
Donate Now
Click Here To Explore The Archive Today!