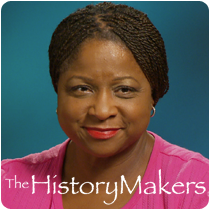 Biologist, chemist and inventor Sharon J. Barnes was born on November 28, 1955 to Selena and William Jefferson McDonald in Beaumont, Texas. She attended Sisblee High School where she received three scholarships to attend college. In 1978, Barnes received her B.S. degree in biology-chemistry and clinical laboratory science. During her time in college she interned at clinical laboratory science program for the Baptist Hospital of Southeast Texas.

After college, Barnes began working as a technologist in Clinical Laboratory Science at Veterans Administration Medical Center. During this same year, she received her certification as clinical laboratory scientist from the Veterans Administration at Baylor University. In 1981, Barnes obtained a new position at Brazosport Regional Health Center where she worked as an assistant lab director. Five years later, she pursued her interest as a chemist at the Dow Chemical Company serving as a special chemistry lab supervisor. In 1991, Barnes obtained a U.S. Patent for a new application in Infrared Thermography Technology. She was a member of a team of five, including one other African American, who invented the process and apparatus for con-tactless measurements of sample temperature. A year later, she received her certification as clinical laboratory director from the National Certification Agency at Baylor University and became laboratory director at Dow Chemical Company and clinical lab director in the Clinical Health Department. Barnes has also worked as a QA/QC chemist in Research & Development in the Texas Analytical and Environmental Lab. In 1996, Barnes became Dow Chemical Company’s training specialist as well as manager for Site Training and Development. She eventually assumed the role as human resource partner and consultant. In 2005, she received her MBA in human resources management from the University of Phoenix and promptly became human resources associate director for the Performance Plastics Division for manufacturing and engineering, finance, assets and supply chain, licensing and catalysts.

In 1991, Barnes was named Dow Texas Inventor, she has also received the Outstanding Scouter Award twice from Dow Chemical Company and was selected as one of the 50 Most Influential Blacks in Research by Engineer.com. Barnes was named Most Distinguished Alumnae for 2003 by Baylor University, Waco Texas. That same year she was elected to serve as National Secretary for the National Organization for the Professional Advancement of Black Chemist and Chemical Engineers (NOBCCHE). She has also serves two terms as Gubernational Appointee – District One Review Committee for Harris, Galveston and Brazoria countries (appointed by Governor George W. Bush and re-appointed by Governor Rick Perry). Barnes currently resides in Freeport, Texas with her husband Ronald Barnes. They have two children together, Ronald Barnes, II and Ashley Crawford.

Sharon J. Barnes was interviewed by The HistoryMakers on August 14, 2012.