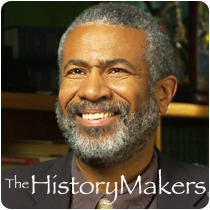 See how Scott Edwards is related to other HistoryMakers

Biologist Scott Edwards was born on July 7, 1963 in Honolulu, Hawaii, but he grew up in Riverdale in the Bronx, New York City. From an early age, Edwards was interested in natural history. Before graduating from Harvard University in 1986 with his B.A. degree in biology, he worked at the environmental institute Wave Hill. While earning his undergraduate degree, Edwards took a year off to volunteer at the Smithsonian National Museum of Natural History where he was first exposed to the world of museum research on birds. Upon graduation, Edwards was accepted into the University of California, Berkeley where he worked with bird evolution and graduated with his Ph.D. degree in zoology in 1992. His dissertation focused on songbirds from Australia and New Guinea – using DNA to track their movements and population differences.

Edwards then moved to the University of Florida where he completed an Alfred P. Sloan postdoctoral fellowship in molecular evolution studying avian genetics. In 1994, Edwards joined the faculty at the University of Washington in Seattle where he became an Assistant Professor of Zoology and Curator of Genetic Resources at the University’s Burke Museum. He left in 2003 to assume a professorial position at Harvard University in organismic and evolutionary biology as well as Curator of Ornithology at the Museum of Comparative Zoology.

Edwards’ work has been funded by the National Science Foundation and the National Geographic Society’s Committee for Research and Exploration. He has also served on panels for both of the organizations as well as on the advisory board of the National Evolutionary Synthesis Center in North Carolina. Edwards served on the editorial boards for the journals Molecular Biology and Evolution , Evolution, Systematic Biology and Conservation Genetics. He has published over 100 papers since the beginning of his undergraduate career. In 2010, Edwards was invited to co-host the six-part SyFy series Beast Legends, reconstructing what mythological creatures may have looked like based on first-person accounts, archaeological evidence, and scientific data.

Edwards was interviewed by The HistoryMakers on …

See how Scott Edwards is related to other HistoryMakers
Click Here To Explore The Archive Today!