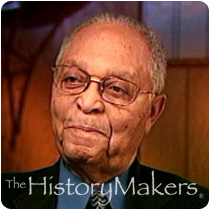 "Do unto others as you would have them do unto you."

Educator and basketball coach, Sanford T. Roach, was born in Frankfort, Kentucky. Roach graduated from Danville Bate High School in 1933 in Danville, Kentucky, where he was a basketball and football star and salutatorian of his class. In 1937, Roach earned his B.S. degree in natural sciences from Kentucky State University, where he was the captain of the basketball team, a track and field star, editor of the student newspaper, and a student council member. In 1955, Roach earned his M.A. degree in education from the University of Kentucky.

After graduating from college, Roach returned to his old high school to teach and coach basketball. Over the course of three years, Roach's coaching record was 98-24; in 1941 he gained notoriety for benching his five starting players the day of the district tournament for disobeying his curfew rule. Roach's strict sense of discipline on the court caught the attention of the principal of Lexington's Paul Laurence Dunbar High School, and he was soon hired as teacher and coach. Roach taught biology, physiology, and anatomy classes; by 1943 he had become head basketball coach. In his twenty-two years as head coach, Roach led Dunbar High to a 512-142 record.

In 1965, Roach's first wife, Mary, herself a basketball enthusiast, died unexpectedly. Shortly after, Roach retired from coaching. Between 1965 and 1966, Roach served as principal of George W. Carver Elementary School, becoming the first black principal of an integrated elementary school in Lexington. Between 1966 and 1975, Roach worked as an administrator at Lexington Junior High, and became the first black principal of a Fayette County secondary school. From 1975 to 1988, Roach worked as a minority recruiter and principal assistant for the state secretary of transportation, and from 1989 to 1995 he worked for Mayors Scotty Baseler and Pam Miller.

Roach married Lettie in 1967, and had two children: Sandra Cole and Tom Roach.