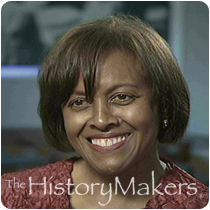 Born in 1938 in Philadelphia, Pennsylvania, Grymes was the daughter of Jeanette and Leon Grymes. On her mother’s side of the family, Grymes was a cousin to the famed and legendary singer Marian Anderson; Grymes and Anderson’s nephew, James DePriest, have been involved with legacy work for the singer for over thirty years.

From 1973 to 1976, Grymes was employed in the New York City Department of Mental Health and Mental Retardation – first as a senior consultant and later as acting director of the department’s Office of Standards and Review. From 1977 to 1988, Grymes held five top level positions at the Planned Parenthood Federation of America in New York City, moving finally to the positions of director of long range planning, director of special projects, and, finally, marketing director. Grymes’s next position, held from 1988 to 1993, was as the manager of health services for the American Red Cross of Greater New York. From 1993 to 1995, Grymes was the senior deputy commissioner at the New York City Department of Mental Health, Mental Retardation, and Alcoholism Services. In 1996, Grymes became an adjunct professor in the Graduate School of Management and Urban Policy at the New School for Social Research in New York City.

Grymes devoted many years of service as a director of the Studio Museum in Harlem, the Chamber Music Society of the Lincoln Center, and the Marian Anderson Award in Philadelphia. With DePriest, Grymes helped to establish the Marian Anderson Memorial Center at the University of Pennsylvania Library. Throughout her career, Grymes worked extensively in high level management positions in the non-profit and government sectors in New York City throughout the period between 1973 and 1995; her volunteer work and contributions to arts organizations, visual and musical, are notable.

In a state of semi-retirement, dividing her time between Martha’s Vineyard and New York City, Grymes remained the managing director of Guided Solutions, which consulted with agencies such as the Puerto Rican Family Institute in New York and the Tuskegee Institute’s National Center for Bioethics on issues related to health care and education on the community level.

See how Sandra Marian Ann Grymes is related to other HistoryMakers
Donate Now
Click Here To Explore The Archive Today!