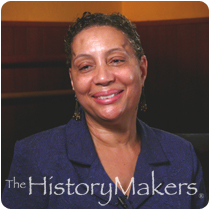 Prima ballerina Sandra Fortune-Green was born on March 2, 1951 in Washington, D.C. to Elizabeth and Raymond Fortune. Fortune-Green began her dance career at age ten, enrolling in the renowned Jones-Haywood School of Dance under the instruction of Doris Jones and Claire Haywood. Fortune-Green flourished at the school, eventually becoming a principal dancer for the Capitol Ballet Company.

After Fortune-Green graduated from Theodore Roosevelt High School in 1968, she pursued her dance studies in New York at the School of American Ballet, the American Ballet Theatre, and the Joffrey Ballet, before settling back in Washington, D.C. to attend Howard University. In 1972, Fortune-Green left Howard to begin training for the prestigious Second International Ballet Competition in Moscow, Russia. She was the only African American to ever compete in this competition. Fortune-Green was eliminated after the second round of judging, but finished twenty-sixth out of the 126 dancers participating. After returning to the United States, Fortune-Green married her high school sweetheart, Joseph Green, on New Year’s Eve of 1975.

In 1987, Fortune-Green earned a Washington, D.C. Mayor’s Arts Award presented by Marion Barry, and in 1994, she was invited to join the faculty at Howard University’s dance department, where she taught ballet technique classes. Fortune Green also is on the dance faculty at the Duke Ellington School of Arts, a position she has held for more than thirty years. In 2007, Fortune-Green became the new owner of the Jones-Haywood School of Dance, the same studio she attended throughout her adolescence and early adulthood. Years earlier, Jones and Haywood stated in a 1974 interview that they hoped Fortune-Green would continue their legacy.

Fortune-Green has been widely recognized for her efforts within the performing arts, including a designation as an outstanding alumnus from Howard University. Fortune-Green was also featured in two major publications, Black Dance from 1619 to Today by Lynne Fauley Emery and The Black Tradition in Dance by Richard Long.

Sandra Fortune-Green was interviewed by The HistoryMakers on September 23, 2007.

See how Sandra Fortune-Green is related to other HistoryMakers
Donate Now
Click Here To Explore The Archive Today!