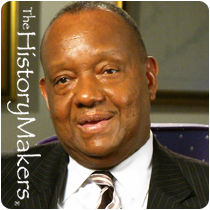 "Be the best that you can be"

In 1971, Williamson was hired as an elementary mathematics teacher in the Fayette County School System in Tennessee. Later in 1971, he began his atmospheric science career as a weather officer in the U.S. Air Force’s Air Weather Service. In 1977, Williamson joined the National Oceanic and Atmospheric Administration (NOAA). For more than twelve years, he was NOAA’s principal planner and ultimately the Director of the Joint System Program Office for the Next Generation Weather Radar (NEXRAD) WSR-88D, Doppler Weather Radar System through the design, development and initial deployment of this first major joint program among three Federal departments—the Departments of Commerce, Defense, and Transportation. Later, as a Senior Staff Associate for the National Science Foundation, Williamson enhanced science education. In his role as a senior advisor to the U.S. House of Representatives’ Committee on Science, he helped shape the legislative agenda for science, space, and technology policy. In 1998, Williamson was appointed as the Federal Coordinator for Meteorological Services and Supporting Research. As the Federal Coordinator, he is accountable to the U.S. Congress and the Office of Management and Budget for systematic coordination and cooperation among 15 Federal departments, independent agencies, and executive offices with meteorology programs or interests to ensure the Federal government provides the best possible weather information and user services to the Nation. Under his leadership, significant advances were made in the areas of aviation weather, space weather, wildland fire weather, weather information for surface transportation, advanced modeling and data assimilation, and tropical cyclone research and operations.

Williamson is a member of the American Meteorological Society, the Montgomery College Foundation Board, the American Association for the Advancement of Science (AAAS), and the National Guard Association. He also serves on the Committee for the Environment, Natural Resources, and Sustainability (CENRS) of the National Science and Technology Council.

Samuel P. Williamson was interviewed by The HistoryMakers on May 22, 2013.