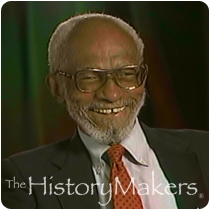 See how Samuel Greenlee is related to other HistoryMakers
Donate Now

Over the course of his career, Sam Greenlee has been a novelist, poet, screenwriter, journalist, teacher, and talk show host. Born in Chicago on July 13, 1930, he attended Chicago public schools. At age fifteen, Greenlee participated in his first sit-in and walked in his first picket line. His social activism continues to this day.

In 1952, Greenlee received his B.S. in political science from the University of Wisconsin, Madison and the following year he attended law school. Deciding against a law career, he transferred to the University of Chicago, studying international relations from 1954 to 1957. In 1957, he began a seven year career with United States Information Agency as a Foreign Services Officer, serving in Iraq, East Pakistan, Indonesia, and Greece, and in 1958, he was awarded the Meritorious Service Award for bravery during the Baghdad revolution.

Greenlee has written numerous novels, stage plays, screenplays, poems. He recently moved back to Chicago after several years of voluntary exile in Spain and West Africa and is currently hosting a radio talk show program.

See how Samuel Greenlee is related to other HistoryMakers
Donate Now
Click Here To Explore The Archive Today! 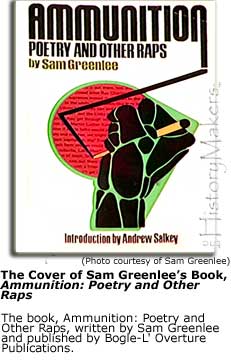 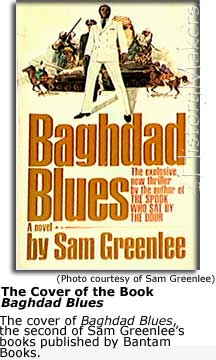