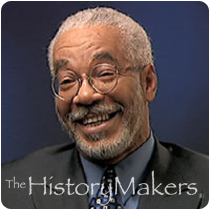 See how Salim Muwakkil is related to other HistoryMakers

Journalist and political commentator Salim Muwakkil was born on January 20, 1947, in New York City. Given the birth name of Alonzo Canady, Jr., he was the oldest of four children born to Alonzo Canady and Bertha Merriman. He attended Linden High School in Linden, New Jersey, graduating in 1964. Upon graduation, he enrolled in the U.S. Air Force, serving five years as an administration specialist.

After the completion of his Air Force service in 1969, Muwakkil returned to New Jersey and enrolled at Rutgers University, where he earned a B.A. in political science in 1973. Shortly before graduating, he started working as a news writer for the Associated Press' bureau in Newark. The following year he became the copy editor for Muhammad Speaks-Bilalian News , the largest black-owned publication in the country. During his time there, which lasted until July 1977, he also became the managing editor of the newspaper, and in 1975 officially changed his name.

By 1980, Muwakkil was living in Chicago, working as a writer and editor for the U.S. Department of Housing and Development. He was also serving as a freelance writer, contributing to various publications such as the New York Times and Washington Post. In 1984, he became the senior editor of In These Times. Muwakkil later became a contributing columnist for the Chicago Sun-Times and the Chicago Tribune. He has also served as host of the “Salim Muwakkil Show” on WVON-AM since 2007.

Muwakkil is the author of Harold!, a book chronicling Harold Washington’s historic tenure as mayor of Chicago. He has also contributed to five other books and has been a frequent guest on Chicago Tonight, a public affairs program, and on Beyond the Beltway, a nationally syndicated political radio program. He has provided political commentary for various other radio and television shows, served as an adjunct professor at the Art Institute of Chicago and Northwestern University, and is the recipient of numerous awards and honors. Muwakkil is married and the father of two children. He resides in Chicago.

Salim Muwakkil was interviewed by The HistoryMakers on March 10, 2003.

See how Salim Muwakkil is related to other HistoryMakers
Click Here To Explore The Archive Today!