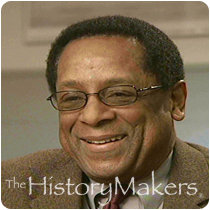 Educator, African diaspora ethnographer, and neurophysiologist S. Allen Counter, Jr. was born on July 8, 1954 in Americus, Georgia to Samuel Counter, Sr. and Ann Johnson Counter. Counter graduated from Roosevelt High School in 1972, and went on to earn his B.S. degree in biology and audiological sciences from Tennessee State University in 1976. After earning his Ph.D. from Case Western Reserve University in 1979, and completing his postgraduate studies in neurobiology at Harvard University, Counter was appointed to the faculty of the biology department at Harvard.

Counter was promoted to the position of associate professor of biology, and in 1981 was appointed professor of neurology at the Harvard Medical School. Counter then earned his Doctor of Medical Science degree from the Karolinska Institute in Stockholm, Sweden in 1989. As a neurophysiologist, Counter conducted research on nerve and muscle physiology, auditory physiology and neurophysiological diagnosis of brain injuries in children and adults. Counter's scientific research also focused on the neurobiological effects of lead and mercury exposure, magnetic resonance imaging of the inner ear, balancing systems and multiple sclerosis.

Counter also pursued his secondary academic interest, African American ethnography, during the 1970s. He conducted ethnographic studies among the indigenous people of Surinam, South America. Counter's research resulted in a series of major articles, which appeared in national and international periodicals and an award-winning documentary on the culture and history of the African rain forest people entitled, "I Shall Moulder Before I Shall Be Taken."

While conducting research in Greenland in 1986, Counter met the eighty-year-old Inuit sons of the North Pole co-discoverers, Rear Admiral Robert E. Peary and Matthew Henson. Counter organized and raised the funds to bring Anaukaq Henson, Kali Peary and their families to the United States to meet their American relatives in 1987. Counter sought proper recognition for Henson’s contributions to Arctic exploration and co-discovery of the North Pole in 1909, and his work led to Henson’s body being moved from his grave in the Bronx, New York, to the Arlington National Cemetery, and the U.S. Navy commissioning a U.S.N.S. oceanographic explorer ship named in Henson's honor.

In 1993, Counter initiated research studies in the interior of Ecuador, South America, where he discovered a unique group of African descendants living high in the Andes; he later produced a documentary film on these descendants of eighteenth century slaves entitled, "Lost Africans in the Andes." From 1993 to 2000, Counter led medical teams into the Ecuadorian mountains to study health problems and provide medical services; he also conducted research to reduce the severe lead and mercury poisoning found amongst the children working in the ceramics glazing industry and gold mining areas of Ecuador.

In 1980, Counter served as the founding director of The Harvard Foundation. In addition to his professional activities, Counter lectured in classrooms and on television programs to increase scientific literacy among young people.

S. Allen Counter was interviewed by The HistoryMakers on December 8, 2005.