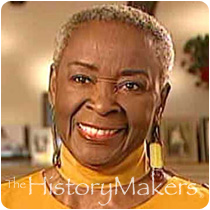 Ruth Beckford was born on December 7, 1925, in Oakland, California, to Cora and Felix Beckford. She began dancing at age three with Florelle Batsford, who taught Beckford ballet, flamenco, hula, baton, toe-tap and acrobatics over the next 15 years. In 1943, Beckford toured with the legendary Katherine Dunham.

After graduating from Oakland Technical High School in 1944, Beckford began studying with Anna Halprin and Welland Lathrop. She was the first African American member of their companies. In 1947, Beckford became the first black member of the Orchesis Modern Dance Honor Society at the University of California, Berkeley and she founded the first recreational modern dance department in the United States at the Oakland Department of Parks and Recreation that same year. In 1950, she helped found the Oakland Dance Association.

In 1953, Beckford taught at the Katherine Dunham School in New York and opened the Ruth Beckford African-Haitian Dance Company. She helped found the Black Dance Association in 1965, and in 1970 she played a similar role for the Cultural Ethnic Affairs Guild. She also served as a dance panelist for the National Endowment for the Arts. Beckford closed her dance studio in 1975, but still continued to perform. She began acting with the Oakland Ensemble Theatre, where she co-wrote, produced and starred in "'Tis the Morning of My Life," an off-Broadway success. She played major roles in television shows and film, including Angels in the Outfield, The Principal, and Midnight Caller.

Beckford turned her attention toward serving the less fortunate members of society in 1990. She counseled homeless people at the Berkeley office of the Department of Social Services until 1997, when she became a life skills counselor at the Oakland Private Industry Council. In 2000, she became the president of the African American Museum Library Coalition.

Ruth Beckford was interviewed by The HistoryMakers on March 31, 2002.