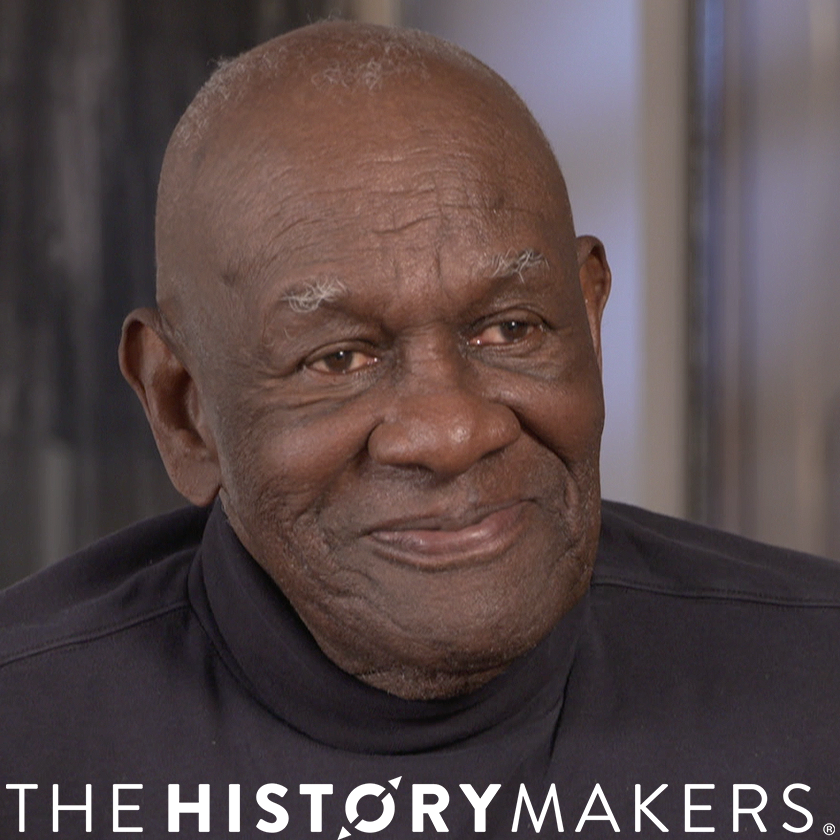 See how Russell Goings is related to other HistoryMakers

Investment banker Russell Goings was born on July 5, 1932 in Stamford, Connecticut to Rose and Russell Goings, Sr. He enlisted in the U.S. Air Force where he became an instructor of specialized tactics of evasion and escape, serving from 1951 to 1955. He subsequently received his B.A. degree from Xavier University in Cincinnati, Ohio in 1959, and later attended Fairfield University where he studied writing in 1999.

In 1959, Goings joined the Saskatchewan Roughriders football team as a linebacker in the Canadian Football League and was drafted by the Buffalo Bills in the American Football League the following season. A knee injury ended his football career and he was later hired at J.W. Kaufmann & Co. in 1960 as an over-the-counter trader. Goings also served as the first financial advisor to all players in the National Basketball Association Players Association. In 1964, he joined Bruns Nordeman & Co.; and, in 1968, he became the first African American branch manager for Shearson Hammill in Harlem. Two years later, Goings assisted in the founding of Essence magazine; and, in 1971, he purchased the Harlem branch of Shearson Hammill, renaming it First Harlem Securities. For a quarter of a million dollars, Goings purchased a seat on the New York Stock Exchange, making him the second African American-owned business to do so, and the first African American manager of a New York Stock Exchange firm. He also structured the company to include several principals with voting stock, which assisted with African Americans in joining the stock exchange. Goings later became the first African American to manage pension funds for a Fortune 500 company as well as the first to have a national contract from the Small Business Administration to bring more African Americans into franchise businesses. In 1976, Goings began working with artist Romare Bearden to help preserve Bearden’s legacy through videotaped interviews, and collecting an assortment of Bearden’s work. After Bearden’s death in 1988, Goings worked with various museums for retrospective exhibitions of Bearden’s work. In 2004, Goings showcased Bearden’s work in the exhibition, “Romare Bearden: From the Studio and Archive” at the Schomburg Center for Research in Black Culture. In 2009, Goings published The Children of Children Keep Coming: An Epic Griotsong, which featured drawings from Bearden depicting the black narrative.

Goings also served as chairman of the Studio Museum in Harlem and was inducted into the Wall Street Hall of Fame in 1999.

Russell Goings was interviewed by The HistoryMakers on April 12, 2019.

See how Russell Goings is related to other HistoryMakers