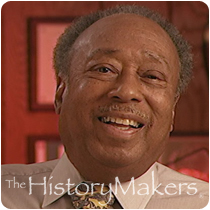 Favorite Color:
Blue
Favorite Food:
Fish, Prime Rib
Favorite Time of Year:
Fall, Spring
Favorite Vacation Spot:
Michigan
Favorite Quote:
Do the best you can with what you have.

Favorite Color:
Blue
Favorite Food:
Fish, Prime Rib
Favorite Time of Year:
Fall, Spring
Favorite Vacation Spot:
Michigan
Favorite Quote:
Do the best you can with what you have.

See how Russ Ewing is related to other HistoryMakers
Donate Now

Born on the South Side of Chicago on December 28th, 1923, Russ Ewing was orphaned at the age of seven, and subsequently adopted and raised by a close family friend and neighbor, Elizabeth Johnson. From an early age, Ewing dreamed of becoming a commercial pilot.

Not only did he found the popular Russ Ewing Trio, but he went on to work as a firefighter and piano salesman before landing a job as a newsroom courier with NBC 5 Chicago, in 1964. He was promoted to writer and then reporter within two short years, and his on-air debut occurred in 1967. From the beginning, Ewing added a personal approach to news reporting. The first story Ewing covered involved a bank charging higher interest rates to its minority customers. His coverage earned him the first of nine Emmy Awards.

Ewing's distinguished broadcasting career spanned almost forty years. A Chicago icon, revered for his special brand of "streetwise reporting," Ewing earned a reputation for fair and humane treatment of those on the margins of society. Over the course of his career, more than 100 murder suspects turned themselves in to Ewing, and the local police department came to respect his involvement in difficult cases. Ewing's coverage of the infamous John Wayne Gacy murders earned him another Emmy Award and laid the foundation for the best-selling book, Buried Dreams; Inside The Mind Of A Serial Killer.

In August 1981, Ewing left NBC 5 and joined the reporting staff of ABC 7 Chicago, where he continued to cover landmark cases and solidify his reputation as a thorough and honest investigative journalist. He retired from the station in 1995; only three years later to rejoin the staff of his first television home, NBC 5 Chicago.

In addition to his many Emmys, the National Academy of Television Arts and Sciences bestowed upon Ewing their coveted Silver Circle Award. Although Ewing was retired at the time of the interview, he continued to be active in the community.

Russ Ewing was interviewed by The HistoryMakers on May 27, 2001.

See how Russ Ewing is related to other HistoryMakers
Donate Now
Click Here To Explore The Archive Today! 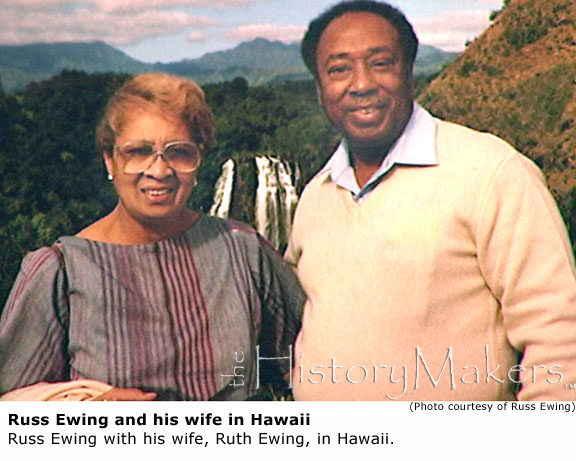 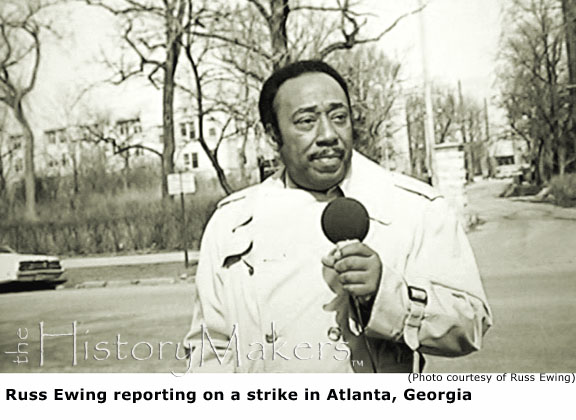