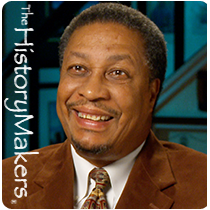 "You Never Lived Until You Almost Died."

Broadcast journalist Rudolph W. Brewington was born on November 2, 1946 in New York City. He graduated from Cardinal Hayes high school in 1964 and then enlisted in the U.S. Marine Corps. Brewington served two years in the Presidential Honor Guard at Marine Barracks in Washington, D.C. before deploying to the Republic of South Vietnam from 1967 to 1968. Honorably discharged in 1968, Brewington worked in a number of jobs. After studying communications at the University of Maryland at College Park, Brewington transferred to Federal City College (University of the District of Columbia) and graduated with his M.A. degree in adult education. Brewington later studied business administration at Bowie State University and the College of Southern Nevada.

During the 1970s, Brewington held a number of broadcast positions in Washington, D.C. including news anchor at WUST Radio; news director at WOOK Radio; reporter and sportscaster at WWDC Radio; and, news anchor and correspondent at WRC/NBC Radio and WRC-TV. Brewington later co-founded “Black Agenda Reports,” a nationally-syndicated radio production company. He then accepted a position as talk show host at WOL Radio followed by a position as announcer with the nationally-syndicated television news program “America’s Black Forum.” Brewington joined the Sheridan Broadcasting Network in 1981 as a news anchor and correspondent where he covered politics and ten NASA space shuttle missions. Brewington was recalled to active duty in 1990 during the Persian Gulf War, where he served at the Pentagon as a spokesman for the U.S. Navy. He also served as assistant to the Navy’s Chief of Information (CHINFO).

In 1994, Brewington accepted a position as a public affairs expert with the U.S. Immigration and Naturalization Service; and, in 1995, he co-founded B&B Productions, which produced the award-winning “Marvin Gaye: Pride and Joy” and “King: Celebration of the Man and his Dream.” In 1998, Brewington was appointed communications administrator with the United States chapter of Amnesty International in Washington, D.C. He also served in the U.S. Army Reserve and retired with the rank of Commander in the U.S. Navy Reserve.

Brewington has been actively involved with community groups and organizations including the American Federation of TV & Radio Artists, the National Naval Officers Association, the American Legion, the Veterans of Foreign Wars, the Tuskegee Airmen, Inc. and the Vietnam Veterans of America. He has garnered numerous awards and honors including an EMMY Award, the Robert F. Kennedy Journalism Award, the Chesapeake and Virginia AP Spot News Awards and other industry accolades. In 1990, Brewington was nominated for a Pulitzer Prize for an investigative series entitled “Domestic Surveillance: America’s Dirty Little Secret.” His military awards include the Defense Meritorious Service Medal, the Navy Meritorious Service Medal, the Navy Commendation Medal, the Navy Achievement Medal, the Combat Action Ribbon, Vietnam Campaign and Service Medals, and the Global War on Terrorism Service Medal.

Rudolph W. Brewington was interviewed by The HistoryMakers on November 22, 2013.