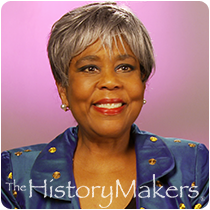 See how Roz Abrams is related to other HistoryMakers
Donate Now

Broadcast journalist Roslyn Maria “Roz” Abrams was born on September 7, 1948 in Lansing, Michigan. She received her B.S. degree in sociology from Western Michigan University, and her M.S. degree in speech from the University of Michigan.

Abrams worked first as a reporter for WJIM in Lansing, Michigan, and then as an anchor and reporter for WSB-AM radio from 1975 to 1978. She went on to work as a news reporter/anchor at WXIA-TV in Atlanta, Georgia from 1978 to 1982, at CNN from 1982 to 1983, and at KRON-TV in San Francisco, California from 1983 to 1986. In 1986, Abrams joined WABC-TV in New York City, first as weekend anchor and general assignment reporter, and later as co-anchor of Eyewitness News at 5 p.m. She was the first African American female journalist to join WABC-TV, and the second anchorwoman of color in the New York City television market. While there, Abrams covered a number of major stories and events, including the terrorist attacks of September 11, 2001; the blackout of 2003; the end of apartheid in South Africa; and the Chernobyl nuclear disaster. She left WABC-TV in 2003; and, in 2004, was hired by New York City’s WCBS-TV as the co-anchor of CBS2 News at 5 p.m. and 11 p.m. Abrams left WCBS-TV in 2006 and retired from journalism in 2010.

Abrams was the first African American vice president of the Atlanta Press Club. She has served on the editorial advisory board of “Making Waves,” a quarterly publication of American Women in Radio and Television. Abrams served as an advisory board member for the CUNY Graduate School of Journalism, where she also funds a scholarship program. In addition, she has served on the board of Women in Film and the New York City Police Athletic League, and as co-chair of New York Reads Together and CAUSE-NY.

Abrams received a New York Association of Black Journalists Award for the special "The Sounds of Harlem," and received the Ed Bradley Lifetime Achievement Award in 2008. She won a local Emmy in 2004 and a Gracie Award in 2006. She was also awarded an honorary doctorate of humane letters from the New York Institute of Technology, and has been named a news legend by the Friars Club. In 2013, Abrams received the Elinor Guggenheimer Lifetime Achievement Award from New York Women’s Agenda.

Roz Abrams was interviewed by The HistoryMakers on March 17, 2014.

See how Roz Abrams is related to other HistoryMakers
Donate Now
Click Here To Explore The Archive Today!