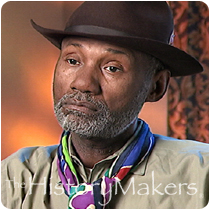 See how Roy Lewis is related to other HistoryMakers
Donate Now

Renowned photographer and activist Roy Lewis was born on July 24, 1937 in Natchez, Mississippi. He grew up on a plantation where his father worked as a sharecropper harvesting cotton. His mother died when he was five years and old and he and was raised by his maternal grandparents. Lewis earned his high school diploma in 1956 from Sadie V. Thompson High School where he was a member of the football team and choir.

Upon graduation, he joined relatives in Chicago and landed a job in the subscription department at Johnson Publishing. In 1960, he was drafted in the United States Army and spent time at bases in Kansas, San Antonio and Houston, Texas. While a soldier, he began to develop his talent as a photographer after purchasing his first camera for just twenty-five dollars. His career as a photographer began in 1964 when Jet Magazine published his photograph of musician Thelonius Monk. In 1968, Lewis left Johnson Publishing and joined the staff at Northeastern University, filming student activities. In 1970, Lewis videotaped an exclusive interview with the Honorable Elijah Muhammad, which was featured in the film A Nation of Common Sense. In 1974, Lewis, now working as a full time freelance photographer, traveled to Zaire to film the Ali-Foreman fight. This historic video would later be featured in the Hollywood film When We Were Kings, a remake of the legendary championship fight. In 1975, Lewis began work on River Road on the Mississippi, a pictorial book focusing on the African American people, life and cultural along the Mississippi River.

In 1995, Lewis published The Million Man March, a book highlighting the events of that historic day. Lewis also contributed work to the widely acclaimed 1995 photo book project, Songs of My People.

Lewis has received numerous awards for his photojournalism including, the Maurice Sorrell Lifetime Achievement Award.

See how Roy Lewis is related to other HistoryMakers
Donate Now
Click Here To Explore The Archive Today! 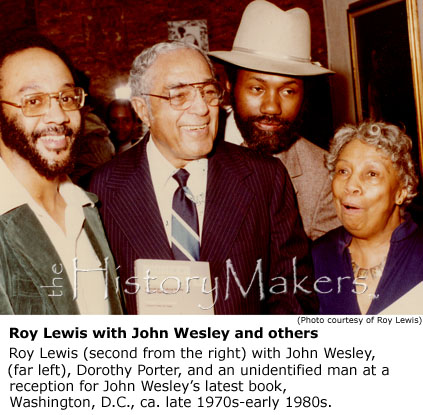