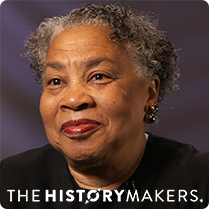 See how Roslyn Watson is related to other HistoryMakers
Donate Now

Investment banker Roslyn Watson was born on October 29, 1949 in Philadelphia, Pennsylvania to Charles and Christine Watson. She attended Joseph Pennell Elementary School and General Louis Wagner Junior High School. Watson graduated from The Philadelphia High School for Girls in 1967 and received her B.A. degree in political science and government from Simmons College in Boston, Massachusetts in 1971. She attended Boston University School of Law from 1972 to 1973, and later became an Alfred P. Sloan Fellow and received her M.B.A. degree from MIT-Sloan School of Management in Cambridge, Massachusetts in 1986.

After her first year of law school, Watson worked at the law firm of Hale & Dorr in Boston in 1973. She was then hired by the Massachusetts Port Authority in 1979 and was promoted to general manager in 1982, where she spearheaded the leasing of commercial properties held by Massport, the construction and leasing of the Park Plaza Massachusetts Transportation Building, and the redevelopment of the Commonwealth Pier Five, which became the World Trade Center Boston. In 1982, she was a co-founder of CREW Boston, the region’s leading professional organization for women in commercial real estate. Watson served as vice president at Gunwyn Company in Cambridge from 1986 to 1992, and was named trustee of mutual funds at Dreyfus in New York City in 1990. She established Watson Ventures and served as its founder and president in 1992.

Roslyn Watson was interviewed by The HistoryMakers on October 24, 2018.

See how Roslyn Watson is related to other HistoryMakers
Donate Now