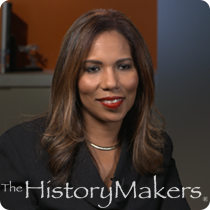 Academic administrator and lawyer Roslyn Artis was born on June 16, 1970 in Springfield, Massachusetts to Robert M. Clark and Christine E. Clark. Artis graduated from Woodrow Wilson High School in 1988 and attended West Virginia State College, where she earned her B.A. degree in political science in 1991. In 1995, Artis earned her J.D. degree from West Virginia University’s College of Law. She later received her Ed.D. degree in higher education leadership and policy from Vanderbilt University in 2010. She also earned a Certificate of Fundraising Management from Indiana University, as well as a Certificate of Mastery in Prior Learning Assessment from DePaul University’s School of Continuing & Professional Education.

Artis began working at Nationwide Insurance in Canton, Ohio after college. After graduating from law school, she joined the law firm of Brown and Levicoff, PLLC. In 1997, Artis then joined The Wooton Law Firm and pursued a plaintiff's practice. That same year, she worked as an adjunct professor at Mountain State University and later became director of its legal studies program in 2002. The following year, she left The Wooton Law Firm and was appointed to the position of senior academic officer for distance education at Mountain State University. In this position, Artis oversaw the university’s regional campuses, which included Martinsburg, West Virginia, Orlando, Florida and Center Township, Pennsylvania. By 2006, Artis was promoted to chief advancement officer and president of the Mountain State University Foundation. In 2012, she was named provost of the university and executive vice president of the Beckley campus. Artis was appointed as interim president of Florida Memorial University in 2013, as the first woman president in school history.

Artis has been honored for her commitment to education by President Bill Clinton, who named her one of the “1,000 Points of Light” in communities across the country for public service in 1999. She was also honored by the U.S. Congressional Black Caucus, who recognized her as “A Leader in the Making” in 2000, and by the West Virginia Executive magazine as a “Young Gun” in 2008. Artis was also the recipient of the Martin Luther King Jr. Living the Dream Award for Community Service.

Artis and her husband, Selby Artis have three children: Christopher, Jayden, and Jocelyn. She is a stepmother to Will, Wesley, Rebecca, Tawana, Darien and Nicholas.

Roslyn Artis was interviewed by The HistoryMakers on March 9, 2017.