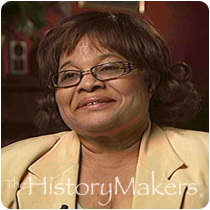 Multi-talented Tennessee Tribune publisher and civil rights activist, Rosetta Miller-Perry was born Rosetta Irvin on July 7, 1934 in Coraopolis, Pennsylvania. The steel mills attracted her parents, Anderson Irvin and Mary Hall Irvin to Coraopolis from New Orleans, Louisiana. Miller-Perry grew up near the Allegheny River where she spent her first four years on her aunt’s house boat. She attended McKinley Elementary School and Coraopolis Junior High School. A good student, who read the Pittsburgh Courier and played the organ for her church, Miller-Perry graduated from Coraopolis Senior High School in 1952. Accepted by Howard University, Miller-Perry was disappointed when a close relative spent her tuition money. Moving to Chicago, she attended Herzl Community College and Cortes Peters Typing School while working for Spiegel’s. Perry joined the United States Navy in 1954, where she worked for Adam Bush in the Pentagon and for the Adjutant General’s Office in Germany.

Miller-Perry completed her B.S. degree in chemistry from the University of Memphis in 1956 and her D.M.S. from the John A. Gumpton School of Mortuary Science in 1957. In 1958, she attended Tennessee State University and then Meharry Medical College for nurses training as she worked for Southern Funeral Home. Actively involved in the civil rights struggle, Miller-Perry worked closely with Z. Alexander Looby, Curley McGruder, Reverend Kelly Miller Smith and other leaders. When Looby’s home was bombed by the Ku Klux Klan in 1960, Miller-Perry moved to Memphis. She worked closely with SCLC and Dr. Martin Luther King, Jr. She was brought into the United States Civil Rights Commission (USCRC) in 1960 as a clerk typist, then as a field representative. Assigned to cover the Memphis Garbage Strike in 1968, Miller-Perry witnessed the suspicious activities of the FBI, “The Invaders” and the chaos after the murder of Dr. King. Assigned to the United States Equal Employment Opportunity Commission (EEOC) in 1975, Perry became Nashville Area Director of the EEOC. She retired from government service in 1990.

Miller-Perry founded Perry and Perry Associates in 1990 and published Contempora, a Tennessee-focused African American magazine. In 1992, Perry founded the community-oriented Tennessee Tribune in order to focus on issues like health, education, and voter registration. She established the Greater Nashville Black Chamber of Commerce (GNBCC) in 1998. That same year, Miller-Perry created the Anthony J. Cebrun Journalism Center in partnership with Dell Computers to prepare young people for careers in journalism. In 2006, she published the names of registered voters in the predominantly black districts, who did not vote and increased voter turnout from 35% to 65%. A civic dynamo, Miller-Perry serves on numerous boards. The Rosetta I. Miller Scholarship at Memphis State University was created in her honor and the annual $1,000 Rosetta Miller-Perry Award for Best Film by a Black Filmmaker is presented at the Nashville Film Festival.

Miller-Perry was interviewed by The HistoryMakers on March 18, 2007.

See how Rosetta Miller-Perry is related to other HistoryMakers
Donate Now
Click Here To Explore The Archive Today!