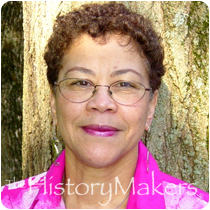 See how Rosalyn Terborg-Penn is related to other HistoryMakers

Author and educator Rosalyn Marian Terborg-Penn was born on October 22, 1941, in Brooklyn, New York. Her father was a jazz musician who played with Tiny Bradshaw, and her mother was a clerical worker. She attended New York City’s P.S. # 70 until her family moved to Queens in 1951, and she transferred to P.S. # 123. She attended Shimer Junior High School and received her high school diploma from John Adams High School in 1959.

Terborg-Penn graduated from Queens College in Flushing, New York, in 1963 with a B.A. degree in history. She became involved in the Civil Rights Movement in 1960 and was a charter member of the college NAACP chapter. She and fellow students organized bus trips to Prince Edward County, Virginia, to help tutor black students who were not attending school in the county because officials had closed public schools in opposition to integration. In 1962, Terborg-Penn led a boycott at Queens College protesting the school’s decision to prevent Malcolm X from speaking at the school. In 1967, she earned her M.A. degree in U.S. history and diplomatic history from George Washington University where she also joined “D.C. Students for Civil Rights” and lobbied for the civil rights bill in 1964. Terberg-Penn earned her Ph.D. from Howard University in 1978 in U.S. history with a concentration in Afro-American history before 1865.

Terborg-Penn began her teaching career at Morgan State University in 1969 where she continues to teach today. She was hired as a history professor and in 1977, became the Coordinator of the African/Afro-American Studies Program, a post she held until 1995. From 1978 through 1989, Terborg-Penn served as the Morgan State University Oral History Project Director. From 1989 through 1992, she was the Project Director of the Ph.D. history program and has served as the Campus Coordinator of the Cornell-Morgan Distance Learning Project since 1996. From 1970 through 1974, Terborg-Penn was an adjunct faculty member at Howard Community College. From 1977 through 1978, she served on the faculty at the University of Maryland, Baltimore County where she taught American Studies and History.

Terborg-Penn is the author of numerous publications on the struggles and triumphs of African American women throughout history. She has also received scores of awards and honors for her accomplishments.

See how Rosalyn Terborg-Penn is related to other HistoryMakers
Click Here To Explore The Archive Today! 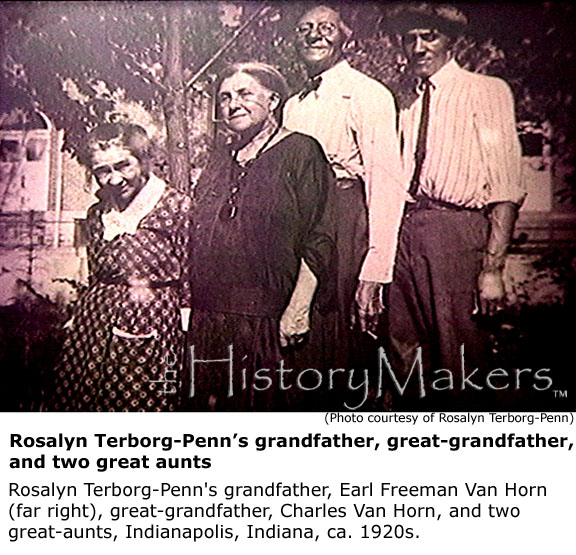 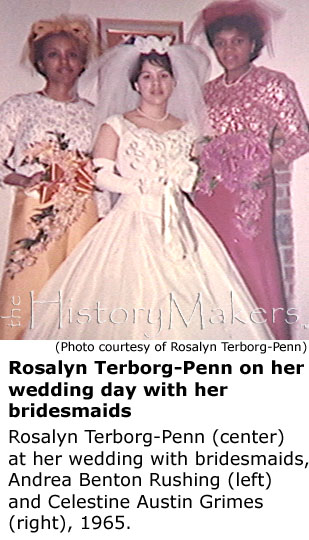