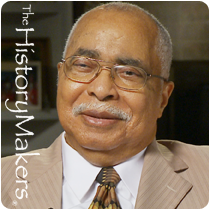 Early in his career, Dr. Calbert served as director of the Cooperative Academic Planning (CAP) Program at the Institute for Services to Education where he developed curriculum change in black colleges. In 1975, Dr. Calbert began his long career at the National Science Foundation (NSF), joining NSF's Directorate for Science and Engineering Education. Dr. Calbert held many positions over his twenty-four year career with NSF, including senior program analyst in the Office of Planning and Resources Management, agency representative for the White House Initiative of Historically Black Colleges and Universities (HBCUs), section head of Minority Programs and deputy director of the Division of Human Resource Development.

Dr. Calbert's role at NSF was based on his commitment to improving educational opportunities for minority students. He established several programs that are geared toward science, engineering, and mathematics education for underrepresented students. In 1992, he became a member of the Senior Executive Service. Calbert retired as NSF’s director of the Division of Human Resource Development in the Directorate for Education and Human Resources (EHR) in 1999. In addition to his work at NSF, Calbert has served on the faculty at both Alcorn State University and Alabama State University. He published more than fifty academic articles and presented at professional conferences.

Dr. Calbert received numerous accolades throughout his career, including the National Science Foundation Director's Equal Opportunity Achievement Award and the Senior Executive Service Performance Award. In 1986, he received a Presidential Citation Award from Jackson State University as an outstanding alumnus. In 2007, he was inducted into The National Black College Alumni Hall of Fame. In addition, he was awarded the Foundation’s Distinguished Service Award, the agency’s highest non-monetary honor. This award is given for exceptional leadership, program development or improvement, service in the public interest, or similar contributions that substantially benefit science or engineering, science or engineering education, NSF, or the general public.

Dr. Calbert lives in Reston, Virginia, with his wife Thelma. He has four children, eight grandchildren, and one great grandchild.

Dr. Roosevelt Calbert was interviewed by The HistoryMakers on June 12, 2012.