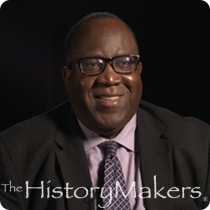 "I don't like no. Bring me solutions not problems."

Broadcast executive Ronnie Agnew was born on October 10, 1962 in Saltillo, Mississippi. He graduated from Saltillo High School in 1980 and attended the University of Mississippi, and worked at The Greenwood Commonwealth in Greenwood, Mississippi. Agnew received his B.A. degree in English in 1984.

After graduation, Agnew moved to Cincinnati, Ohio, where he worked for the Cincinnati Enquirer. In 1993, Agnew became the managing editor for The Hattiesburg American. He worked at The Hattiesburg American until 1997, and was hired as media general and editor at the Dothan Eagle in Dothan, Alabama. Agnew then served as the managing editor at The Clarion-Ledger in 2001, and was promoted to executive editor in 2002. He was the first African American to head The Clarion-Ledger. Agnew left the newspaper industry in 2011, when he was hired as the executive director of Mississippi Public Broadcasting.

In addition to his career in journalism and PBS-TV, Agnew chaired the Mississippi Council on Economic Education, the Association of Public Television Stations and the journalism program at Jackson State University. He was also a member of the journalism advisory boards for the University of Southern Mississippi and the Meek School of Journalism at the University of Mississippi. Agnew also served on the board of directors for the Associated Press Media Editors and as a board member of the National Board of Directors for the Public Broadcasting System. He was an executive committee member of the National Educational Telecommunications Association, and was a member of the Organization of State Broadcasting Executives. He served as a judge for the Pulitzer Prize four times and was a diversity chairman for the American Society of News Editors. Agnew also worked as an adjunct professor of communications at Belhaven University in Jackson, Mississippi.

Agnew is the recipient of Gannett Co., Inc.’s four President’s Rings, the University of Mississippi’s Silver Em Award. He was also inducted into the Ole Miss Alumni Hall of Fame. In 2016, Agnew received the National Advocacy Award by America’s Public Television Stations.

Agnew and his wife, Cynthia have three children, Rachel, Victoria and Christopher.

Ronnie Agnew was interviewed by The HistoryMakers on May 25, 2017.