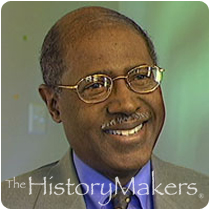 See how Ronald Walters is related to other HistoryMakers

Professor Ronald Walters, internationally renowned expert on African American leadership and politics, was born in Wichita, Kansas, on July 20, 1938. After attending Fisk University as an undergraduate, Walters earned his graduate degrees from American University. Walters went on to teach at Georgetown and Syracuse Universities; chair the African and Afro-American Studies Department at Brandeis University and the Political Science Department at Howard University; and work as professor of government and politics at the University of Maryland. Walters served as director of the African American Leadership Institute and Scholar Practitioner Program, and was a distinguished leadership scholar at the James MacGregor Burns Academy of Leadership.

Walters served as a campaign manager and consultant for the Reverend Jesse Jackson during his two presidential bids and was a policy adviser for Congressmen Charles Diggs and William Gray. During the 2000 election season, Walters worked as a senior correspondent for the National Newspaper Publishers Association and as a political analyst for Black Entertainment Television's Lead Story. Walters was also a regular guest and commentator for several political talk shows on radio and television.

As a scholar, Walters penned six books and wrote over one hundred articles; his monographs won several awards for best book. Walters was also honored for his contributions to the study of African American politics and leadership. Walters was noted for his scholarship on African politics, and visited Africa on several occasions.

Walters and his wife, Patricia Ann, were longtime residents of Silver Spring, Maryland. Walters passed away on September 10, 2010.

See how Ronald Walters is related to other HistoryMakers
Click Here To Explore The Archive Today!