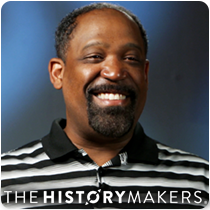 See how Ronald S. Sullivan, Jr. is related to other HistoryMakers

Professor Ronald S. Sullivan, Jr. was born on December 12, 1966 in Gary, Indiana to Marsha Dimmy Sullivan and Ronald S. Sullivan, Sr. Sullivan graduated from Theodore Roosevelt High School in 1985, and went on to receive his B.A. degree in political science and philosophy from Morehouse College in 1989. He then earned his J.D. degree from Harvard Law School in 1994.

In 1994, Sullivan became a visiting scholar for the Law Society of Kenya, where he served on the committee responsible for drafting a new constitution for Kenya, and worked on the Kenyan Human Rights commission. Upon returning to the United States, Sullivan joined the Public Defender Service for the District of Columbia as a staff attorney He went on to work for law firms of Baach, Robinson & Lewis, LLP and Skadden, Arps, Slate, Meagher & Flom, LLP. In 1998, Sullivan served on President Bill Clinton’s legal defense team. In 2000, Sullivan returned to the Public Defender Service, and was named director two years later. Then, Sullivan joined the faculty of Yale Law School as a clinical professor of law in 2004. The following year, Sullivan became a founding fellow of the non-profit think-tank, The Jamestown Project. He also designed a defense delivery system, which led to the release of 6,000 wrongfully incarcerated inmates after Hurricane Katrina. In 2007, Sullivan chaired then-senator Barack Obama’s criminal justice policy group during his presidential campaign, and was recruited by Harvard Law School Dean Elena Kagan to join the Harvard Law School faculty as a professor and director of the criminal justice institute.

In 2009, Sullivan and his wife, Stephanie Robinson, were appointed faculty deans at the Winthrop House of Harvard College, making them the first African Americans to assume the roles. Sullivan was appointed to the Massachusetts Committee for Public Counsel Services in 2011. Sullivan was also tasked with the design and implementation of a conviction review unit in Brooklyn, New York. Sullivan successfully represented the family of Michael Brown after Brown’s fatal shooting in Ferguson, Missouri. He went on to represent Usaamah Abdullah Rahim in 2015, and head the defense team for ex-NFL New England Patriots football player Aaron Hernandez in 2016.

Sullivan and his wife have two sons.

Ronald S. Sullivan, Jr. was interviewed by The HistoryMakers on August 19, 2018.

See how Ronald S. Sullivan, Jr. is related to other HistoryMakers