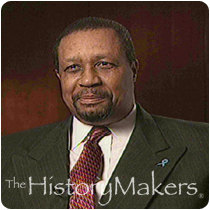 "Ain't Nothing Cooking But The Peas In The Pot, And They Wouldn't Be Cooking If The Water Wasn't Hot."

Broadcast executive Ronald H. Brewington was born with his twin brother, Rudolph, on November 2, 1946 in Harlem, New York. Tradition has it that his mother, Mosetta Smalls of Charleston, South Carolina was a descendent of Reconstruction era congressman, Robert Smalls. Brewington attended PS5, St. Charles Borrmeo and St. Thomas, the Apostle schools. He studied aviation mechanics at Aviation High School, and joined the United States Navy after graduating in 1964. Brewington earned a certificate in Journalism from UCLA in 1985; a B.A. in Broadcast journalism from California State University, Long Beach and a Masters of Arts degree from Harrington University.

Brewington was the producer of the nationally syndicated three hour tributes to the late Marvin Gaye: Marvin Gaye: Pride and Joy and the sequel, Marvin Gaye: Prince of Motown. He produced Labor Day Soul Jam, King: A Celebration of the Man and His Dream, Back to the Roots: A Soul Music Celebration, A Man Named King, Merry Soul Christmas and Street Scene. He also writes, produces and hosts the two-hour R&B Superstars Series. Brewington is the voice of the NAACP Image Awards, Heroes and Legends Awards, Hollywood Black Film Festival and Black Talent News Awards. He has been the prime mover in the campaign to include African American stars to the Hollywood Walk of Fame and to get a commemorative postage stamp for Marvin Gaye. Brewington is known for giving silver dollars to community heroes.

Brewington was inducted into the Broadcasters Hall of Fame in Akron, Ohio on November 4, 2007 along with his twin brother and broadcasting colleague, Rudolph Brewington.

Ronald H. Brewington was interviewed by The HistoryMakers on April 28, 2005.