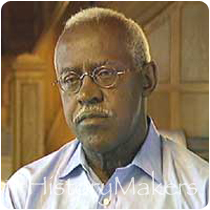 Davenport started his career as a professor of law at Duquesne University in 1963, where he remained for twenty years. When he took over as dean of the law school in 1970, Davenport became the first black man to be dean of a predominantly white school. In 1982, Davenport became a partner at Buchanan Ingersoll Professional Corporation, and a fellow of the U.S. State Department, reviewing legal systems in South and East Asia. Davenport also served as a consultant to the Constitutional Convention Preparatory Committee of Pennsylvania, and the Pennsylvania Constitutional Convention. Not content with simply the practice of law, in 1972, Davenport became chairman of Sheridan Broadcasting Corporation, a group he and his wife formed from the purchase of four radio stations. By 1976, Sheridan Broadcasting owned half of the Mutual Black Network, later completing the buyout. Sheridan Broadcasting was heard through more than three hundred radio affiliates across the country; he also served as the co-chairman of the American Urban Radio Networks.

Beyond his endeavors in the practice of law and broadcasting, Davenport gave his time to a wide variety of other organizations. Davenport served on the board of Colgate University; was chairman of the Visiting Committee of African American Studies at Harvard; and served on the board of Aramark. Davenport was awarded numerous honorary degrees; the Man of the Year Award from the Masons; and participated in several conferences with U.S. presidents.