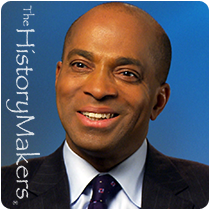 Journalist Ron Allen was born in 1957. His mother, Shirley Allen, was a school secretary; his father, Lindsay L. Allen Jr., was a cargo sales manager at Newark International Airport. Allen received both his B.A. degree and M.A. degree in political science from the University of Pennsylvania.

In 1980, Allen was hired as a desk assistant for a CBS news station in New York City. From 1988 until 1992, he worked as a national correspondent for CBS News based in Washington, D.C. and Los Angeles, California. In 1992, Allen was appointed as a foreign correspondent for ABC News, and served in London until 1996. He was then hired by NBC News in 1996 as a national and international correspondent, where he covered stories of interest across the United States and around the world. Allen was based in London until 2003, when he moved to New York.

As a national and international correspondent, Allen covered the O.J. Simpson trials, the Trayvon Martin shooting, the abuse scandal at Pennsylvania State University, the historic Arab Spring from Cairo, Egypt, and the devastating earthquake in Haiti. He has traveled to South Africa several times to cover the life and legacy of Nelson Mandela. Allen also covered the historic 2008 Presidential election campaign, where he reported from Chicago’s Grant Park the night of President Barack Obama’s victory. In all, he has traveled to more than seventy-five countries, including Iraq, Afghanistan, Pakistan, the Balkans, Israel and the Palestinian territories, and across Africa, in countries such as Rwanda, South Africa and Somalia, among others. Allen’s reports have appeared on all of NBC’s news platforms including “NBC Nightly News with Brian Williams,” “Today,” and MSNBC.

Allen’s work has earned him many of journalism’s highest honors, including six Overseas Press Club Awards, five Emmys, two Robert F. Kennedy Awards, two George Foster Peabody Awards, and two Alfred I. duPont-Columbia Awards. In 1996, the National Association of Black Journalists named him journalist of the year. Allen has also served on the University of Pennsylvania’s Board of Overseers, the Board of the Overseas Press Club, and the Leadership Council of the Committee to Protect Journalists.

Allen lives in the New York/New Jersey metropolitan area with his wife, Adaora Udoji, and daughter.

Ron Allen was interviewed by The HistoryMakers on December 9, 2013.