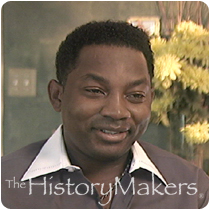 Roger George Gore was born on December 23, 1966, in Washington, D.C.; his mother worked as a school bus driver and his father worked as a driver for Greyhound and later Miller Beer. As a child, Gore suffered from sickle cell disease.

In 1984 Gore earned his high school diploma from Crossland High School in Maryland; upon his graduation, he received a scholarship to Frostburg State University, but discovered during orientation that he felt that college was not for him. Gore decided to attend beauty school instead; he had previous experience because an uncle had taught him to barber, or cut hair, when he was sixteen. Gore graduated from Robert Lewis Beauty School in Washington, D.C., in 1987. From 1986 until 1993, Gore worked for famed Washington, D.C., hair stylist Barry Fletcher at his salon Avant Garde Hair Gallery.

In 1992, Gore published his first book, No More Weave Please, a guide on how to repair damaged hair. Gore's book was controversial among some professionals in the field, but a best seller with African American customers concerned about their personal hair care. In 2004, Gore wrote and published his second book, Hair Gangster, which was a step-by-step guide to succeeding in the beauty industry. During that same year, Gore launched a second hair care product, called HipHopz, geared toward teenagers and young adults.

Gore was the recipient of the 2000 The Measurement of a Man award from Budweiser. His products are used by a number of celebrities, including Eddie and Gerald Levert, The Dells, and Jamie Foster Brown, editor of Sister 2 Sister magazine.