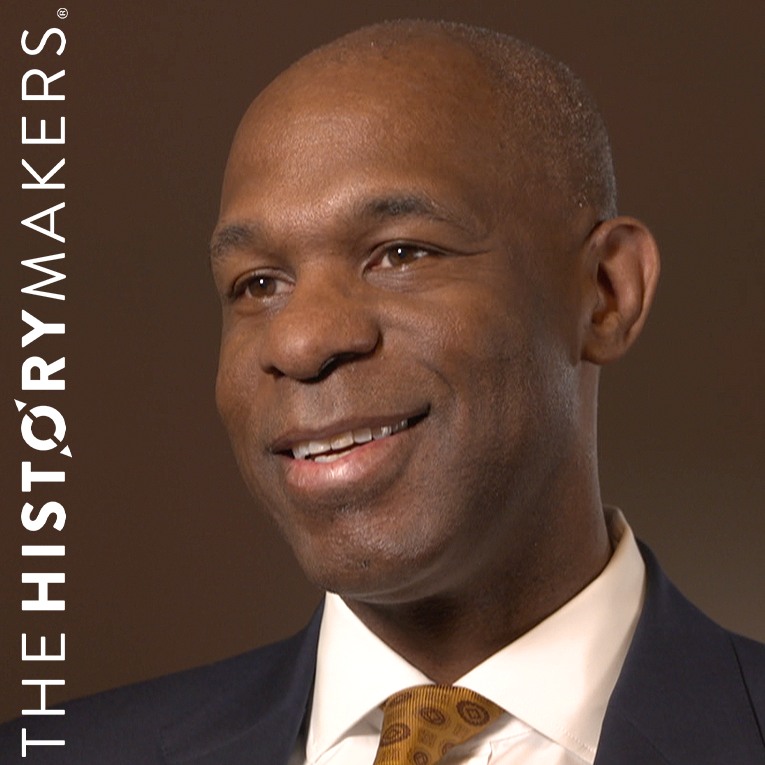 See how Rodney Miller is related to other HistoryMakers
Donate Now

Investment banker Rodney Miller was born on April 24, 1961 in Indianapolis, Indiana to Betty Jean Galbreath and Russell B. Miller, Sr. Miller received his B.S. degree in accounting from Indiana University in Bloomington, Indiana in 1983, and his M.B.A. degree from the University of Chicago Graduate School of Business in Chicago, Illinois in 1986.

After graduation, Miller became a certified public accountant (C.P.A.) and worked for the accounting firm of Touche, Ross & Company. He later transitioned into investment banking and joined Credit Suisse First Boston, where he served as director of mergers and acquisitions for North America. There, Miller also led the takeover defense group, served as co-head of the Credit Suisse Global Energy Group and as chair of the managing director election committee. In 1995, Miller was part of the team that engineered Seagram Company Ltd.’s $5.7 billion acquisition of MCA Inc. That same year, Miller helped structure the $2.4 billion sale between KBLCOM, Inc. cable television systems to Time Warner, Inc. In 2007, Miller became managing director of mergers and acquisitions within Americas Investment Banking at JP Morgan Chase & Co., where he advised both domestic and international clients on a broad variety of assignments, including mergers, acquisitions, divestitures, proxy contests, hostile transactions and special committee assignments. In 2011, Miller played a role in the $25 billion split between Mosaic Company and Cargill. He also helped facilitate E. I. du Pont de Nemours and Company’s $6.5 billion acquisition of Danisco A/S. Miller later became vice chairman of mergers and acquisitions at JP Morgan Chase & Co.

In 2001, Miller joined the board of trustees at The Studio Museum Harlem, where he served as treasurer. Miller also served as a trustee for the Council of the University of Chicago Graduate School of Business and on the dean’s advisory council for the Kelley School of Business at Indiana University. He served on the board of Prep for Prep, the Gordon A. Rich Foundation and the Credit Suisse Foundation. He serves on the Leadership Council of Advancing Black Leaders at JP Morgan Chase & Co.

Rodney Miller was interviewed by The HistoryMakers on March 27, 2019.

See how Rodney Miller is related to other HistoryMakers
Donate Now