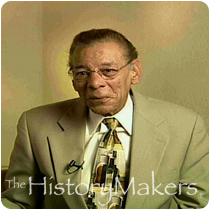 As the editor and publisher of The Pittsburgh Courier since 1997, Rod Doss has helped elevate the status of the publication into one of the most widely circulated African American newspapers in the country. Born in Pittsburgh, Doss is a graduate of the Pittsburgh Technical Institute and attended the University of Pittsburgh.

Doss’ career with The Pittsburgh Courier dates back to 1967 when he was appointed as a sales representative. His ultimate promotion to editor and publisher in 1997 came following the death of his mentor, legendary publisher and founder of the National Newspaper Publishers Association, John H. Sengstacke, who owned the Courier at the time. With a staff of only twelve full-time employees, Doss produced hard hitting stories, while still portraying the African American community in a positive light.

Doss has been the recipient of the Press Club of Western Pennsylvania Service to Journalism Award, the Omega Psi Phi Fraternity’s Man of the Year Award and the Duquesne Light African American Leadership Award. Doss has also been honored by the Allegheny County Board of Commissioners and Pittsburgh City Council.

In 2007, Doss and The Pittsburgh Courier Archives Committee traveled to Washington, D.C., to petition U.S. Representatives John Lewis, Mike Doyle and Jason Altmire for funding on a project to restore and digitize over 750,000 images spanning nearly 100 years of African American history of the Courier’s collection. Congressman Doyle presented them with a $150,000 check in January, 2008.