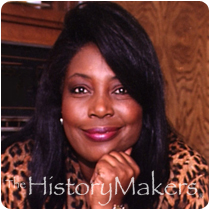 See how Rochelle Brown is related to other HistoryMakers
Donate Now

Television producer and journalist Ellen Rochelle Brown was born on March 10, 1949 in Denton, Texas to Earlene and John Henry Brown, a hospital manager and construction worker, respectively. After graduating from the Dallas Public School System, Brown attended Southern Methodist University in Dallas where she received her B.F.A. degree in broadcast film arts in 1971. After completing a summer fellowship at Columbia University in New York City, Brown worked as a news researcher for NBC News in New York City.

In 1975, Brown was offered a television news anchor and reporter job at WROC-TV, the CBS affiliate in Rochester, New York. After making her mark in Rochester, Brown returned home to Dallas in January of 1978 when she joined KDFW FOX-4, the Fox television affiliate in the Dallas, Fort Worth area, as the community affairs director. Since coming to KDFW, she has spent almost thirty years connecting the station to the Dallas community in positive ways.

Thousands of children in the Dallas Public School System have reaped benefits from the “Adopt-A-School” Program created by the City of Dallas. Brown made sure that her station participated in this program. As an executive producer, Brown created Insights, one of the longest running public affairs programs on television in Northern Texas and acted as the show’s first host. Brown has also acted as KDFW’s multicultural affairs director and has made sure that all cultures and races in the Dallas-Fort Worth area are well represented in the news coverage. Brown has gone on the road to create an ongoing travel segment committed to discovering diverse and little known local cultures. Brown is the recipient of the prestigious Alfred I. DuPont-Columbia Award, honoring excellence in broadcast journalism for her news segment “Children Having Children.”

Brown was interviewed by The HistoryMakers on August 13, 2007.

See how Rochelle Brown is related to other HistoryMakers
Donate Now
Click Here To Explore The Archive Today!