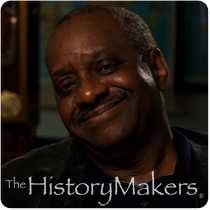 See how Robert T. Starks is related to other HistoryMakers
Donate Now

Educator, political consultant and activist professor, Robert Terry Starks was born on January 24, 1944 in Grenada, Mississippi. He earned his B.S. degree from Chicago’s Loyola University in 1968. He earned his M.A. degree in political science also from Loyola in 1971. In 1968, Starks served as a management consultant for Booze Allen Hamilton and a research specialist for the Chicago Urban League. From 1970 to 1972, Starks served as Director of Black Studies at Northern Illinois University and associate professor of political science. He joined the faculty of Northeastern Illinois University’s Center for Inner City Studies (NEIU CICS) in 1976 where he is associate professor of political science.

Starks served as an issues advisor to Reverend Jesse L. Jackson and political advisor to the late Chicago mayor, Harold Washington. He was the founding chair of the Task Force for Black Political Empowerment and has been the local chair of the Free South Africa Movement. In 2001, Starks founded the Harold Washington Institute for Research and Policy Studies at NEIU CICS. Since 1991, Starks has contributed a weekly column to N’Digo news magazine and hosted a show on WVON Radio in the early 1990s. He also was a contributing editor to Urban Affairs Quarterly.

Starks has appeared on WVON Radio’s On Target and on ABC-TV’s Nightline, the Today Show, C-SPAN, CNN News and CNN’s Crossfire television programs. His article “Harold Washington and the Politics of Reform” appeared in Racial Politics in American Cities by Rufus Browning. Starks is chairperson of the board of the Illinois Black United Fund and a member of innumerable civic committees. The recipient of a treasure of community award, he lives in the Woodlawn community with his wife, Judith and his children, Kenya and Robert. Starks has also authored a book on the political life of Harold Washington.

Starks was interviewed by The HistoryMakers on December 15, 2009.

See how Robert T. Starks is related to other HistoryMakers
Donate Now
Click Here To Explore The Archive Today!