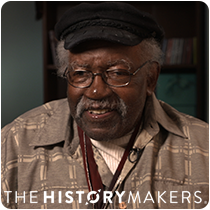 See how Robert T. Coles is related to other HistoryMakers

Architect Robert T. Coles was born on August 24, 1929 in Buffalo, New York to George Edwards and Helena Vesta Traynham Coles. After graduating from Buffalo Technical High School, Coles enrolled at the Hampton Institute. He transferred to the University of Minnesota in 1949, where he co-founded the university’s NAACP chapter. Coles received his B.A. degree in 1951, and his B.Arch. degree in 1953; and went on to earn his M.Arch. degree from the Massachusetts Institute of Technology in 1955.

In 1955, Coles studied in Europe, having received the Rotch Traveling Scholarship from the Boston Society of Architects. Upon returning to the United States in 1956, Coles was hired at the Boston architectural firm of Perry, Shaw, Hepburn and Dean in Boston, Massachusetts. One year later, Coles joined the Boston firm of Shepley, Bulfinch, Richardson and Abbott. After spending the next several years at Carl Koch and Associates and working as an architect and custom design manager for Techbuilt, Inc., Coles returned to Buffalo to design the John F. Kennedy Recreation Center. In 1963, he founded his own architectural firm, Robert Traynham Coles, Architect, P.C.; and the following year, he founded the East Side Community Organization. Coles designed the Joseph J. Kelly Gardens Housing for the Elderly in Buffalo in 1967, and the Health, Physical Education and Recreation Complex at the University of Buffalo's Amherst Campus in 1968. In 1972, Coles completed the Urban Park Housing Development in Rochester and founded the Community Planning Assistance Center of Western New York. Coles also served as the American Institute of Architects’ deputy vice president for minority affairs. In 1981, he became a fellow at the American Institute of Architects. Coles designed the Providence, Rhode Island Railroad Station in 1984, and the Frank Reeves Center for Municipal Affairs in Washington, D.C. in 1986. Coles also taught as a professor of architecture at the University of Kansas, and later worked as an associate professor of architecture at Carnegie Mellon University. In 1994, he became the first African American chancellor of the American Institute of Architect’s College of Fellows; and in 2006, Coles designed Buffalo’s Frank E. Merriweather, Jr. Branch Library. Coles published his memoir Architecture and Advocacy in 2016.

Coles received an honorary doctorate of letters degree from Medaille College in 1977; and in 1981, he was awarded the Whitney M. Young Jr. Citation from the American Institute of Architects. Coles also received the James Williams Kideney Award from the New York State Association of Architects in 2004; the Robert and Louise Bethune Award in 2009 from the Buffalo/Western New York Chapter, AIA; the Fellows Award from the 2011 Honors Awards Jury, New York State AIA; and in 2016 the Diversity Award from the Buffalo/Western New York Chapter, AIA. In 2011, his home in Buffalo, which he designed, was placed on the National Register of Historic Places.

Coles and his wife, Sylvia Meyn Coles, have a son, Darcy, and a daughter, Marion.

Robert T. Coles was interviewed by The HistoryMakers on April 22, 2018.

See how Robert T. Coles is related to other HistoryMakers