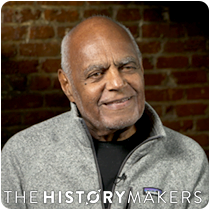 See how Robert Parris Moses is related to other HistoryMakers

Civic leader and educator Robert Parris Moses was born on January 23, 1935 in New York City to Louise Parris and Gregory Moses. He graduated from Stuyvesant High School in 1952, and enrolled at Hamilton College in Clinton, New York, where he received a Rhodes scholarship. Moses received his B.A. degree from Hamilton College in 1956, and his M.A. degree from Harvard University in 1957.

Moses began teaching mathematics at the Horace Mann School in the Bronx, New York in 1958. In 1960, he became active in the Civil Rights Movement, joining the Southern Christian Leadership Council (SCLC) branch in Harlem. The following summer, Moses traveled to Atlanta where he worked for SCLC and registered members for the Student Nonviolent Coordinating Committee’s (SNCC) fall conference. In 1961, Moses resigned from his teaching position at the Horace Mann School and returned to the South, where he worked to register Black voters in McComb, Mississippi. Moses then became the co-director of the Council of Federated Organizations (COFO), and helped to launch the freedom vote, a mock gubernatorial election to register black voters in Mississippi. In 1964, Moses co-organized the Freedom Summer campaign, recruiting hundreds of student volunteers to conduct a Black voter registration drive in Mississippi. That summer, Moses and others organized the Mississippi Freedom Democratic Party (MFDP) to challenge the all-white representation of the state at the 1964 Democratic National Convention in Atlantic City, New Jersey. Shortly after, Moses was actively recruited by the Vietnam draft board, but moved to Canada to avoid the draft. He spent two years in Canada before moving to Tanzania and working for the Ministry of Education. There, he served as chairperson for the mathematics department at the Same Secondary School. Moses returned to the United States in 1976, under President Jimmy Carter’s amnesty program for draft resisters. Moses settled in Cambridge, Massachusetts, where he resumed his doctoral studies at Harvard University and taught mathematics at a local high school.

In 1982, Moses received a MacArthur Fellowship, and launched the Algebra Project to improve mathematics competency for low-income students and children of color. By 1985, the Algebra Project was officially recognized by the Cambridge School Committee, and was incorporated in 1990. Two years later, Moses launched the Delta Algebra Project in Mississippi. Moses published his book entitled Radical Equations in 2001. In 2006, Moses was named a Frank H.T. Rhodes Class of ’56 Professor at Cornell University. That same year, he was awarded an honorary doctor of science degree from Harvard University.

Robert Parris Moses was interviewed by The HistoryMakers on November 16, 2018.

See how Robert Parris Moses is related to other HistoryMakers